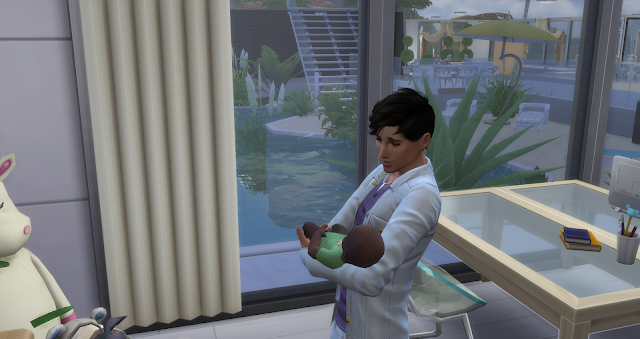 Although he wasn’t quite sure how it had happened this way as he stood there with his son in his arms, he did however remember how he had helped out with his little sister when she was younger. But this change in life also meant he had to change aorund his plans really, he would need to get a job when he was done with school, and he hadn’t really thought all that much about it yet. Simply, it was quite lot to have on his mind. 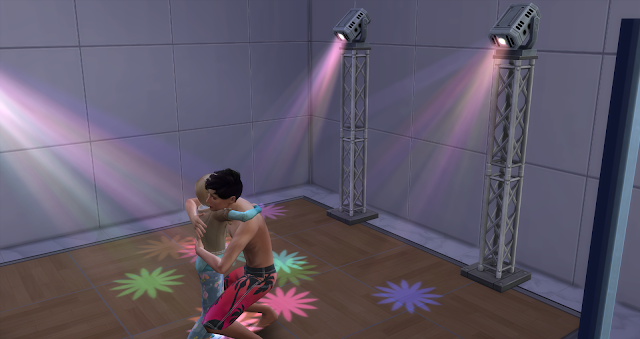 He felt Nadya’s small arms around him as he was comforting him, something that just made his heart melt a little. How she knew that he needed that hug he wasn’t sure off, but, he was very happy she somehow seemed to know.

He once again felt how he smiled. He knew his own birthday was coming up soon, and he knew her’s was just a few days later.

“Well, lets see if you still feel that way after your birthday huh?”
“I’ll always be here to help, I just know it!”
“Good to know, I have a feeling I might just need all the help I can get”

They both chuckled a little before talking a bit more while the dance music was playing in the background. 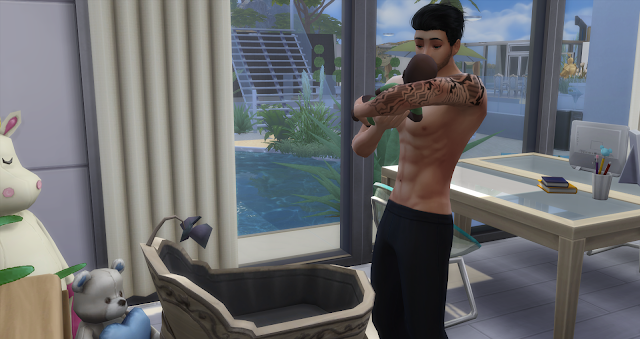 “Don’t you worry little one, your father will figure things out, and he has all of us to help”

Itsuki had overheard the siblings conversation, going down to check on the baby of the house. He was quite impressed with both of them, and he had suddenly realized he was a great grandfather now. It was a bit scary how time went by, almost without him actually noticing it. 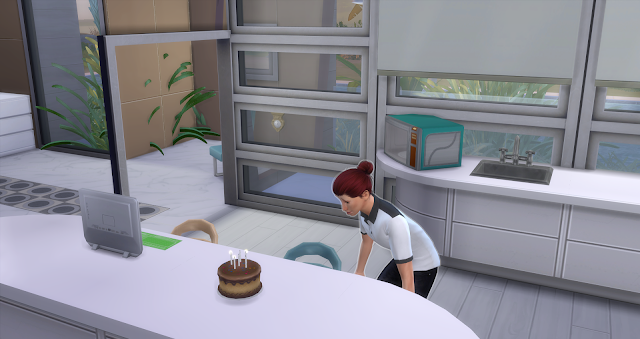 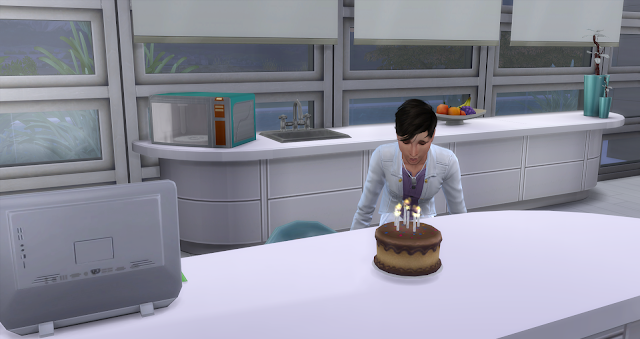 As if to prove his point, it was all of a sudden Jeremiah and Stephens birthdays. Which suddenly turned things around a bit in the household.

Stephen had just signed up for a job, without telling them just what it was he had chosen to do, but the moving out part came a bit more suprisingly on them all.

“I met someone.. and I want to move in with her”

They all looked stumped, as they had never heard off anyone in his life. Or was it that they just hadn’t listened? He told them about how he had met here just some weeks before, but due to everything that had been happening around his brother, he simply hadn’t find the right time to tell them.

Jeremiah tried to smile at his brother, knowing very well his silly escapades had taken a lot of time for the entire family. Specially the fact that he had managed to bring a child into their home the way he had.

“No worries bro, I found a wonderful lady, and you have to come say hi!”

Itsuki and Nagisa helped to two of them find a house to call home, and helped with the moving before leaving the two to settle in, 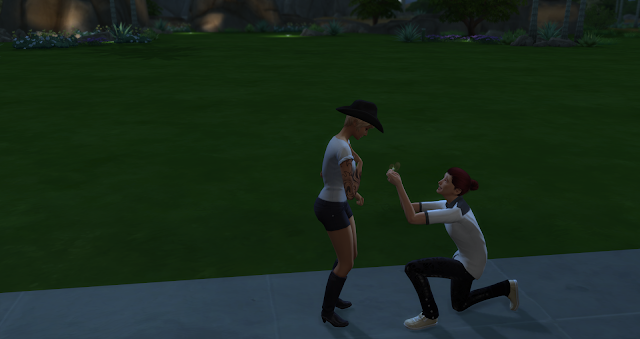 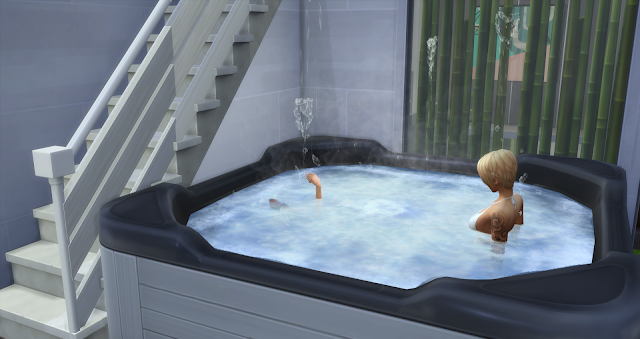 It was only a few days later when they got the call that the two had now been married, and another Rokuyari child was on the way. Itsuki and Nagis just smiling at each other. It would seem the family tradition of knowing when they had found the right one, was still there.

But the birthdays were not over, and the same day Nadya was transitioning into the life of a teenager, Seth was ready to see the world outside his crib. 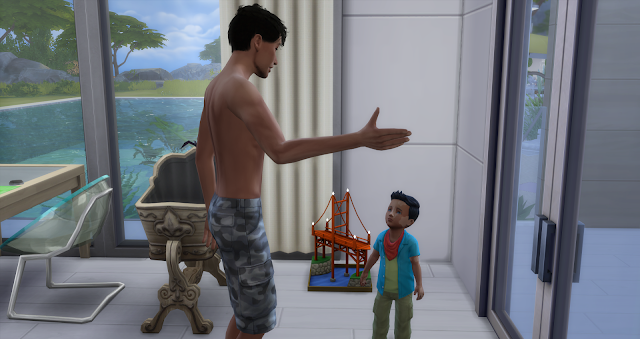 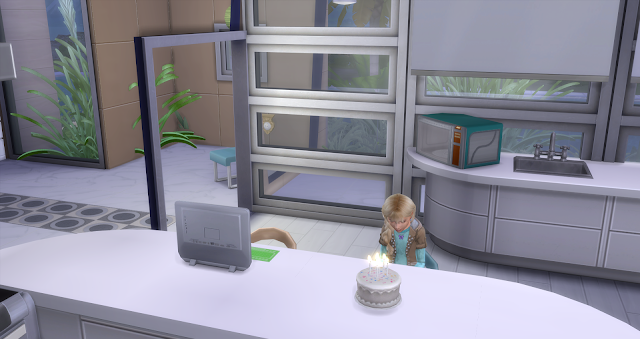 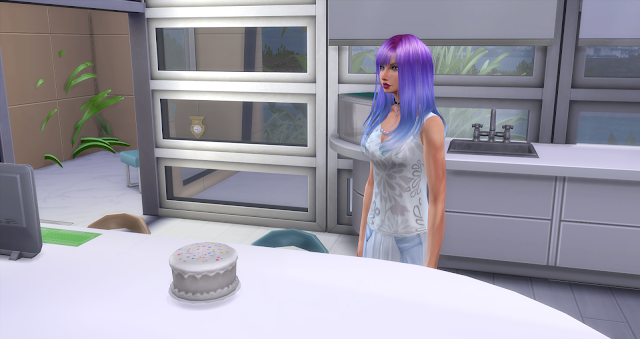 It was when Seth became a toddler that they noticed his skin condition. Although it had puzzled them a little how dark his skin had been as a baby, they hadn’t put too much thought into it. Now though, they could see that his skin had lighter patches too it. It was something they had never seen before, and it made them wonder just a little.

Nadya however was busy on  her own, with giving herself a makeover after growing up into a teenager. As she stood there, just watching the world, she noticed something that she had only imagined being her childhood imagination running rampant.

She remembered the words her older brother had said to her once, how she could end up like her father, putting both hands on her shaking it violently as the laughter in her head seemed to get louder.