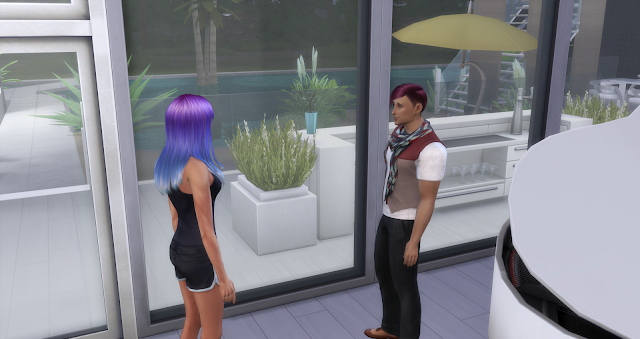 She stood and talked with her father a while after telling him, and he told her a bit more how it had been for him when he grew up, and adding on just before giving her a second hug that she should tell the family, just so they knew what was up.

“And you really think no one will care?”
“Oh, they will care, but you do realize that they have already accepted me, so why would they not accept you?”

She chuckled, not really knowing why she was worrying so much. It was just like her father said, they had already accepted him, who they knew to be insane, into their family with open arms, so why her own head was so worries, she would never really understand.

“I’ll tell them now then, at least then I can stop worrying so much”

He nodded, watching his youngest daughter leave to talk with the others, and although he knew they would accept it, he understood her worry. He had been just as worried when he told Iris the first time, if not even more. 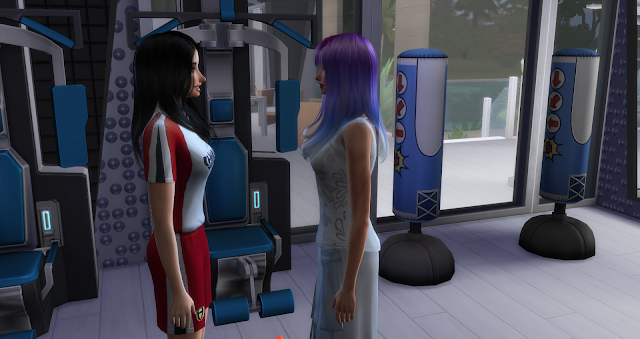 The final one she told was her mother, for some reason much like her father she was one of the people she had a hard time telling. For some reason her mind kept telling her they would feel like she had let them down somehow.

“I had a hunch sweety, and you know its fine, right?”
“Everyone has told me that, so I think it is”

It was as if the largest weight had fallen from her shoulders, and at least for now, the voices inside her head finally seemed to be quiet, or nothing more than faint whispers. 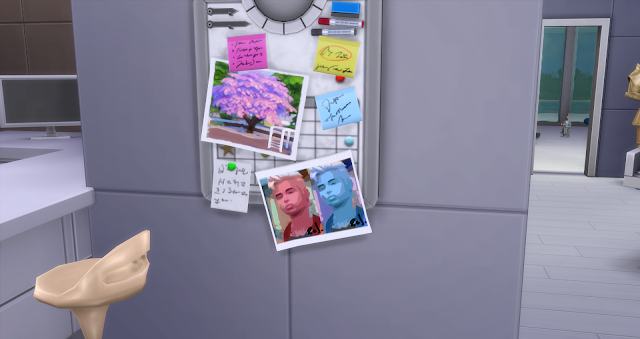 Once more family life seemed to settle into a routine. Jeremiah had started his new job, and found that he was a good doctor, getting his promotions quite quickly and often. This lead to his work-hours being all over the place, and although he sometimes worried, he soon understood that his son had everyone wrapped around his little finger, and never lacked for any attention. 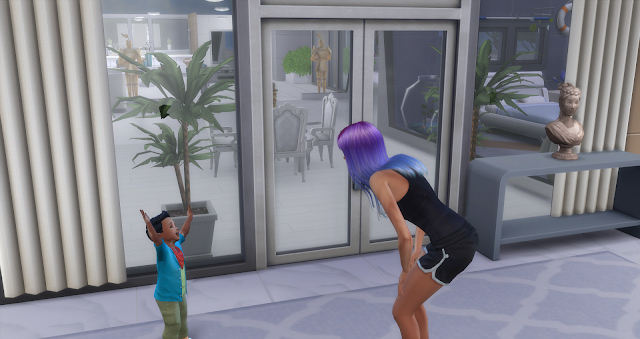 Seth seemed to love all the attention, but still he had some clear favorites in his heart. One was Nadya, who always had time for him, the other was his father. Whatever his father was doing, his son would follow him and could spend hours just watching him do what he was doing. 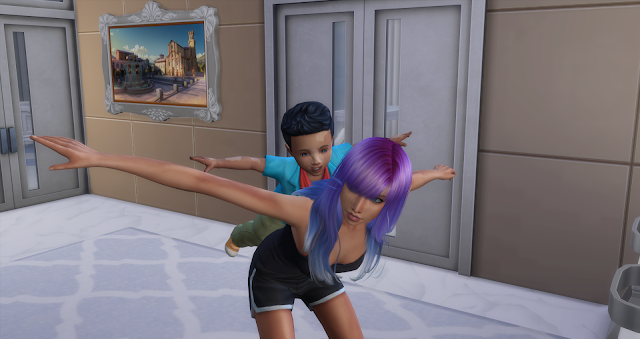 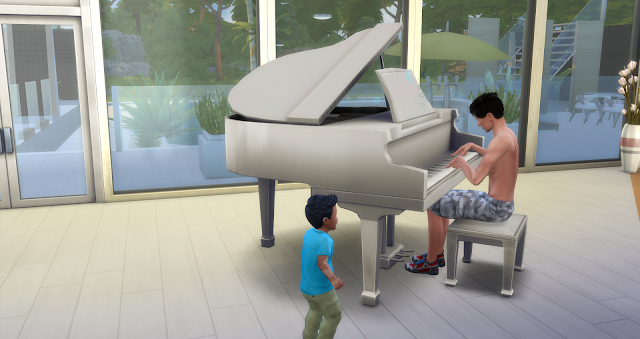 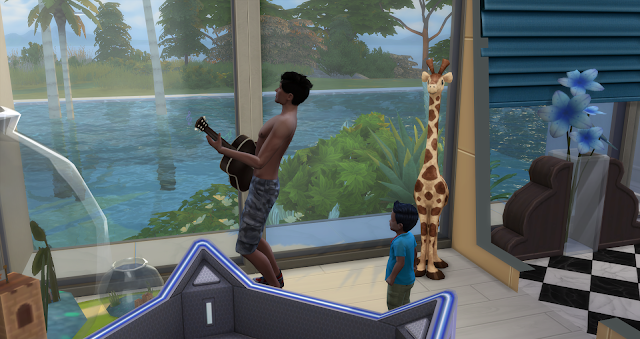 All the attention wasn’t lost on Jeremiah, who also noted that his son seemed to have a love for music. If he was playing guitar or piano Seth could listen for hours, sometimes dancing to the music, other times just sitting there listening to his father play.

He chuckled, giving his son a hug after he had watched him play, wondering a little if his son might end up wanting to play himself when he got a little bit older.

Jeremiah just chuckled, before he started to play again, watching his son dancing. 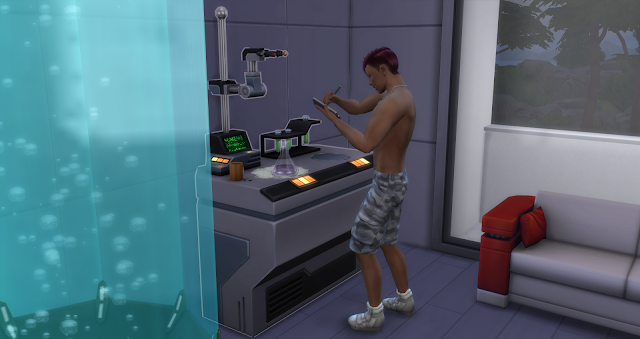 Andy had taken one of the rooms in the house and made it into a home laboratory. At first the others had been a bit uncertain about it, but he had promised to always keep the door locked, and he used the same type of locks as they had at his work.

As he was mixing, testing and writing down his results, an earlier conversation with Hiro played in his mind. They had been discussing a potion that Hiro had taken once in his life to extend his life. He hadn’t told anyone in the family about it, but Andy had come to the conclusion that he had to have done something, as he had been with them longer than a human would live.

He had asked him if he wanted him to try and make him a new one, but the now aging butler had shook his head.

“No, I think once is enough”

A part of him wanted to protest, but he also understood the choice. He wondered though how it would affect their family, they had all become so used to him being around. He had promised though to let Hiro tell them all when he felt like it was the correct time to do so. 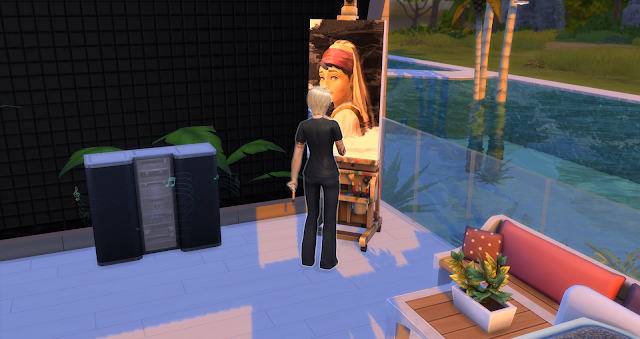 Unknown to Andy, he wasn’t the only one in the household that had the same thought. Nagisa had thought about the same thing while she was standing outside painting, trying to surmise the years that Hiro had been with them. She quickly realized that he had been with them longer than any human would normally live, and as she stood there, she couldn’t help but wonder how. 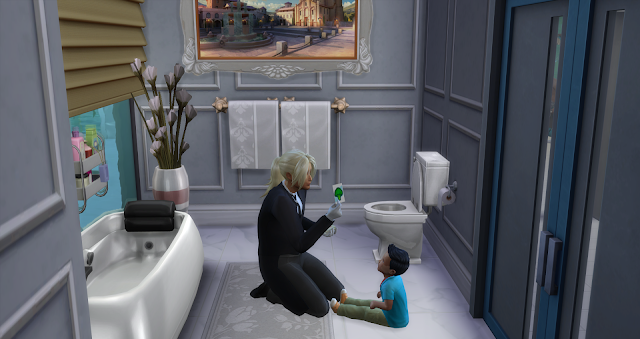 Hiro smiled at Seth, giving him an approving nod as they were playing  a game together after Seth had a bath. He knew that everyone in the household would soon start to realize just how long he had been with them, especially after Andy and him had had their little talk. And although part of him would love to be around them longer, he knew it was also his time to move on soon.

They kept playing one card after the other, and soon the thoughts of what was to come was gone from his mind again. 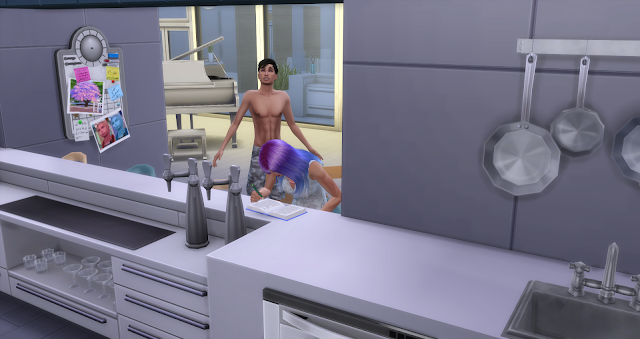 She looked up at him, before going back to looking into the book she had. She was struggling a bit with the math part of the night assignment, and her older brothers interruption was not really a part of her plan.

He sat down beside her, helping her for a bit. Math had always been easy for him, but he knew that Nadya had struggled with it since she was little.

“Thanks, I always mess up the numbers”
” You’re welcome”

He had forgotten what he was originally going to talk to his sister about, the two just talking about random things that came to their mind. As they sat like this, his mind wandered a bit and he couldn’t help to wonder how Teagan was doing in France.

“Who are you thinking about?”
“Eh… Seth’s mom, I was wondering how she was doing now”
“Do you love her?”

He stopped at the question, as he once again had to think back to how he felt about her.

“No, I don’t think I ever did.. and I do feel bad about that”
“You’ll find the right one, just give it time”

He looked surprised at his little sister, who in turn gave him a hug, before wandering over to Seth for a bit of playtime. He hadn’t even thought about it since Seth had been given to him, and deep down he knew he was worried. So many girls he had been “playing” with in his youth, but he had never loved any of them, was he broken? 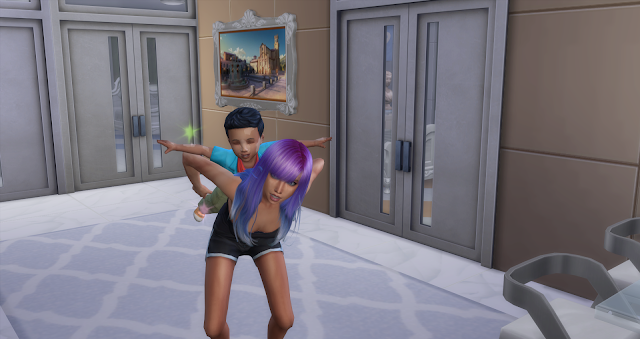 One Response to 2.10. Finding ones feet