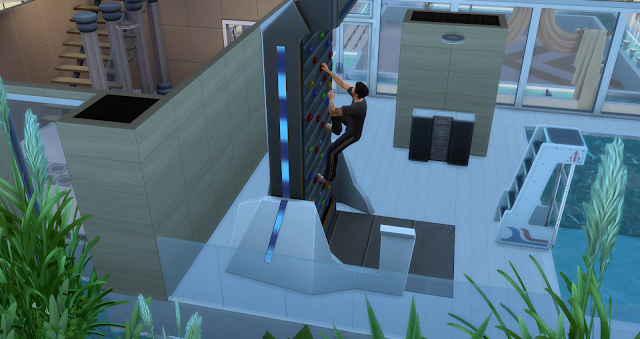 As Jeremiah was hanging was putting his phone back in his pocket, and trying to get his head wrapped around what he had just been told. It wasn’t like he hadn’t been warned this might happen, but he had just kept putting it off as it wouldn’t happen to him. It sent chills down his spine, knowing after all that he had the chance of being a parent to many children.

Slumping down on one of the houses many sofas, he buried his face in his hands, wondering how he would tell his parents this, he knew they would be so disappointed in him. Noticing someone sitting down beside him, he looked to the side, only to find Hiro sitting there, giving him one of his looks before simply picking up a book 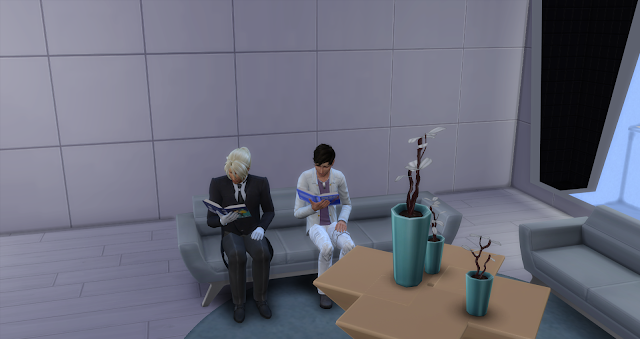 “Should you not be doing your homework young master?”

Jeremiah just looked at him, as he was handed his homework by Hiro, before he went back to reading the book he had, leaving any possible talking up to Jeremiah.

“I messed up Hiro.”
“Did you?”
“Yeah.. I got one of the girls pregnant.. or at least one of them has dared to tell me.”
“Well, then I would think there is only one thing you can do?”

He looked at his friend and butler for a while, before he realized what he actually meant. He would have to take responsibility for what he had been part off.

“Yes, I guess you are right.. I should talk to my parents, and ask her over and talk to her.. “

Hiro just gave him a smile, before walking away again going back to his general duties around the house. Jeremiah called up Teagan telling her to come over, and then he went to talk to his parents. 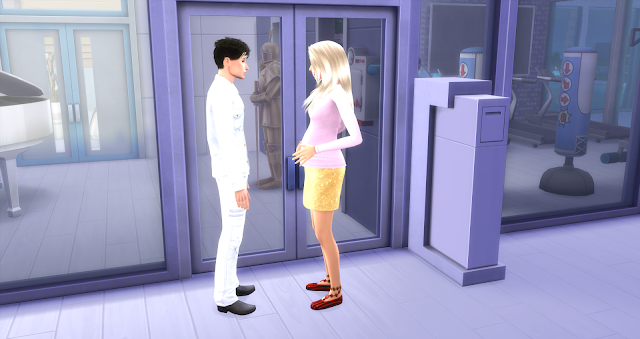 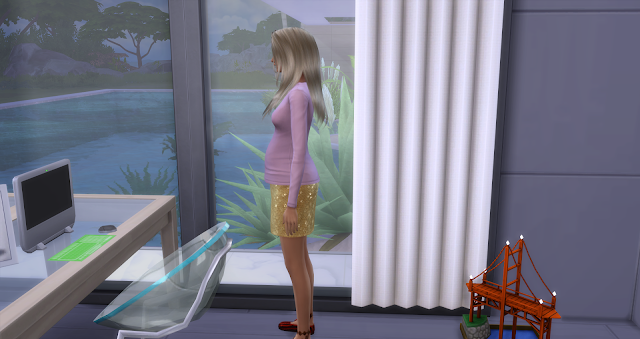 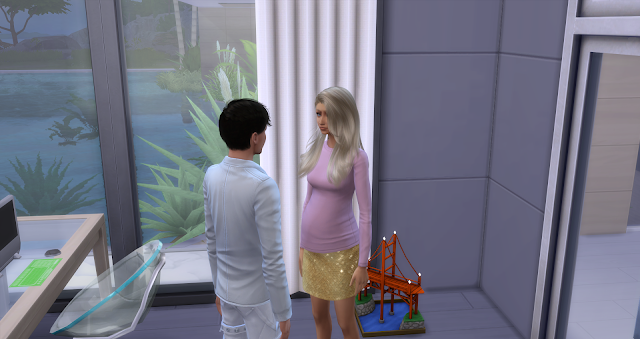 Seeing Teagan stand around his house pregnant did something to him, but not quite what he had hoped too. He liked her, he knew as much, but not that way. I mean she was fun to be around, and she was even more fun in bed, but this, this he was not ready for.

“My parents are sending me to boarding school as soon as this baby is born..”
“I am so sorry”

Teagan just sighed, she had been as much a part of this as he had, but she knew she still had one very hard question to ask him.

“Would you take him or her?”

Jeremiah was not quite prepared for that question, not quite knowing how to answer it. But instead he nodded. He was the one that had started this, and although it might not seem it, he knew it was his responsibility to do what was right.

“Will you be a part of our lives though?”
“The school their sending me to is in France.. I don’t even know if they will allow me home”

He nodded, his mind trying to wrap around the fact that he would soon be a parent, and all that came with it. And he decided on one more thing right there and then, there would be no more sleeping around, as he did not want to have to go through this again. 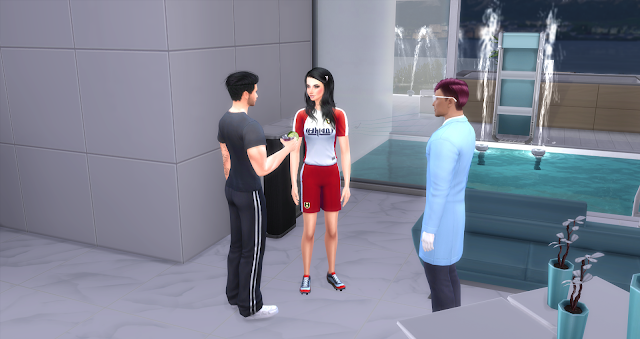 While the two of them were talking, his parents were seeking some advice off their own from Itsuki.

“Well I think the best you can do is just support them in whatever decision they actually end up making. I think he will grow from this, and who knows, he might just be a good daddy”
“I wish he would have listened though.. I don’t think he loves this girl, he just wanted to have a good time.”
“And now he know’s the price of not being careful. Give him the benefit of the doubt for now, and I am sure he will come around”

After some discussion, they decided to just ask their son what he wanted from them, and how they could help. Then it was after all up to him and Teagan how they wanted to handle it. 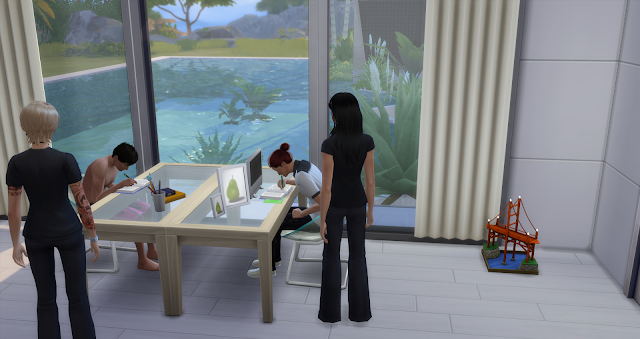 It was on one of the last days of school while their grandmother and mother were helping them with the homework that the doorbell rang, and a stern looking woman greeted them, with a baby in her hands.

“This is your son’s handiwork with my daughter.. she is leaving for France, and he is your problem now”

Without a single more word, she handed him his son, and promptly left the area, not giving any of them a second to answer her. There was a small letter on the baby though, something they opened after putting him in his crib. 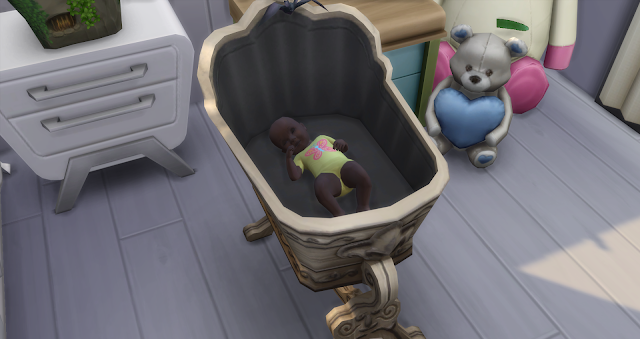 “I am sorry it had to be this way, but I hope you can take good care of our son. I named him Seth, and I gave him your last name. Perhaps if I one day get to come back into your life, you will let me be his mother.
Teagan”

He didn’t have time to think much off it as there was still school to handle, but there was this odd sting in his heart when he was about to head off. As if he was leaving something precious to him behind,  He still knew he did not have to worry though, as both his grandparents, parents and Hiro were all around to take care off him while he was away. 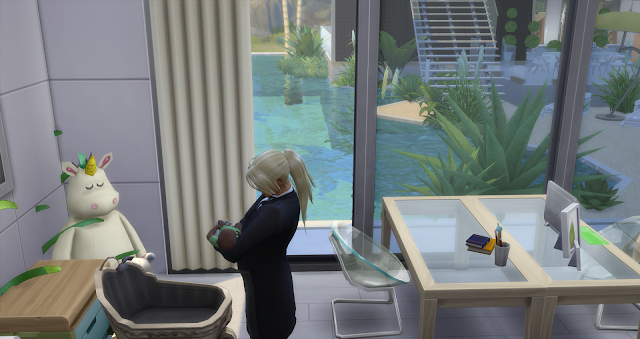 “Don’t you worry young master Seth, your daddy will take good care off you, and you will never lack for anything”

One Response to 2.7: The hard truth of things