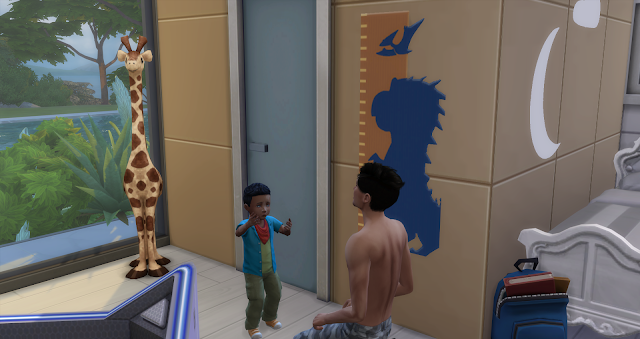 Life with a toddler was quite a lot of work, and oh boy did Seth have a lot of questions to ask. Even when he was trying to teach his son the difference between right and wrong, he had several million questions about everything he was told.

“But why”
“Because its not nice to be mean to others”
“Why”
“It hurts their feelings”
“Why?”

In the end he simply shrugged his shoulders and ended the rather long discussion and said “Because”. Oddly enough that was about the only answer that would ever satisfy the little nosy one. 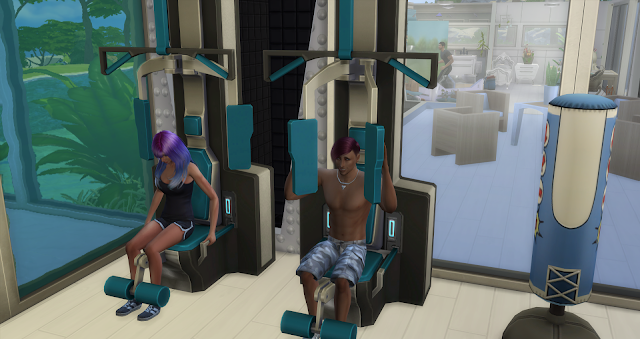 Nadya on the other hand was trying to find the right way to talk to her father about certain things, but she just could not find a way to start the conversation. So instead she tried one of the things that she knew he had said he did to keep things feeling better.

“Picking up on the legacy are we?”
“Huh?”
“According to Itsuki every Rokuyari child has a knack for exercise”

She just smiled at him, trying her best to figure out how this machine actually worked, but it seemed he was right about it helping, the many voices inside her head was slightly less annoying while she was working out. 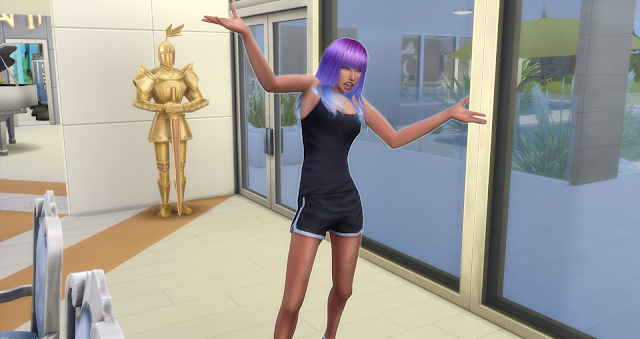 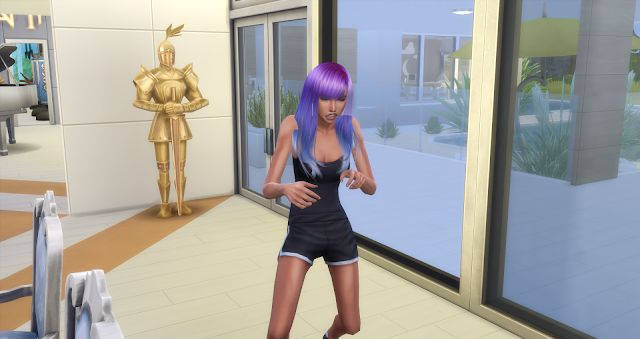 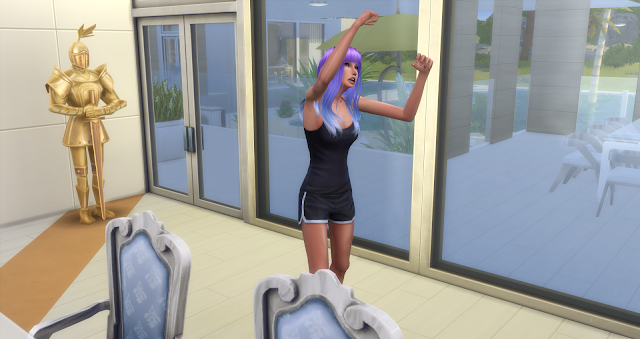 Sadly for her it only worked while she was actually working out, but for now she at least managed to hide her condition from everyone. For some odd reason she was sure it would break her fathers heart if she told him. That old conversation with her brother was still quite fresh in her mind.

Another thing that seemed to keep her insane side in check was Seth, how and why she really didn’t know, but she knew she loved being around him as much as possible. 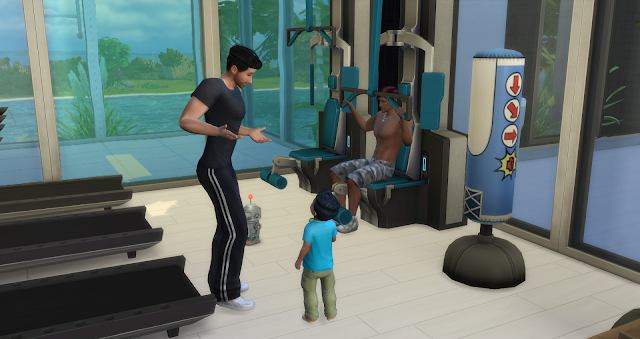 Seth had, like many of the family toddlers before him, pretty much the whole family wrapped around his little finger. And much like Hiro had said his first day there, he really did not lack for anything. His knack for asking why had him reminds Itsuki of several of his children and grandchildren, and he truly did his best to answer all the “why’s” that the little one could ask. In the end though, he, like Jeremiah ended the discussion with; 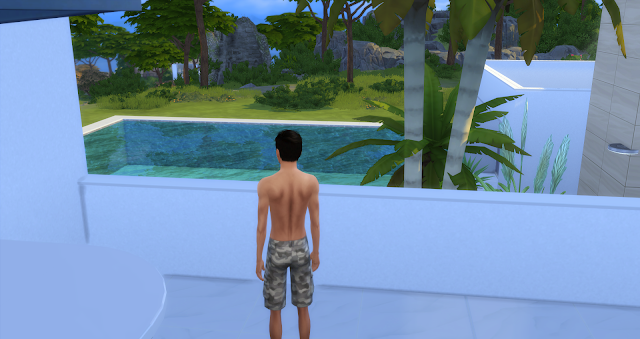 It was the day before his first day of work, and standing out on the veranda, he was debating with himself how he should talk to Nadya. He knew she was trying to hide it, but he had also grown up with their father, and he had seen her talk to herself, and how she showed all the signs and symptoms he knew to be insanity.

To his surprise she joined him on the terrace, having noticed he was out there. 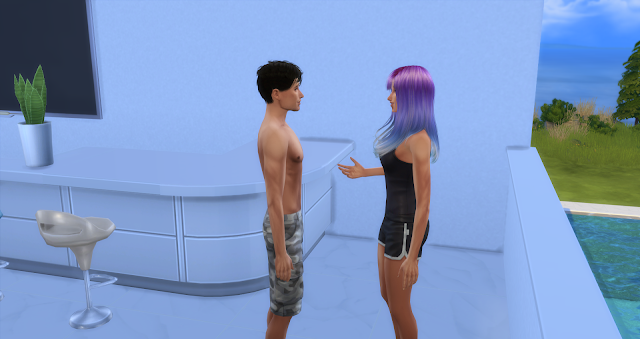 “Worried about your new job?”
“A little, I mean, its a quite big thing to start as a doctor, or well, I guess nurse”

She smiled at him, while his brain raced on how to talk to her about what he suspected.

“I am sure you will do great, but I always wondered, what made you choose that. I kinda thought you might follow in our mom’s footsteps.”
“Oh I…”

He didn’t get any further, before Nadya’s insanity suddenly showed itself in full, and washed away all doubts he might have had about it being just his imagination. 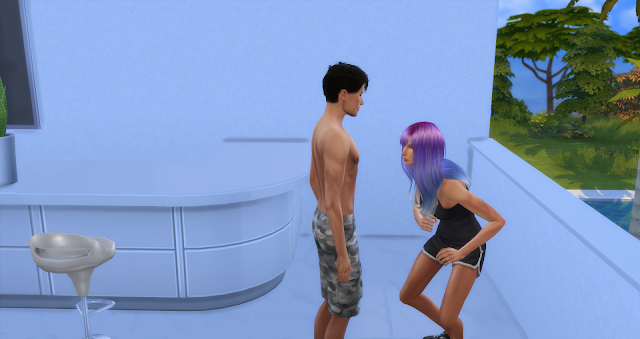 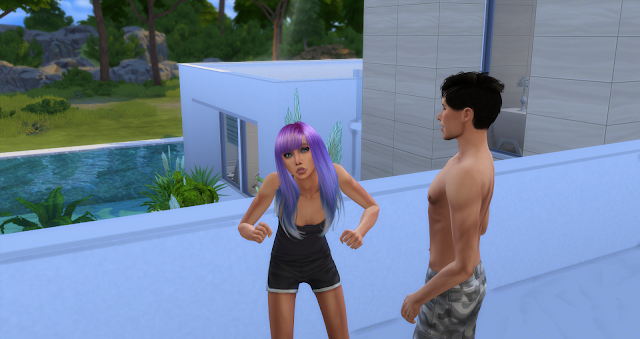 She gave him a look of almost pure horror when she realized what had just happened, her brain screaming at her that he was going to shun her and push her away. How he would never allow her around Seth ever again, and kick her out of their home and house. Instead, she found herself being pulled into a big hug by her big brother. 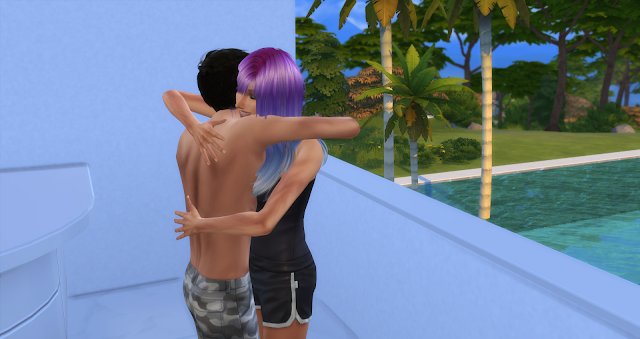 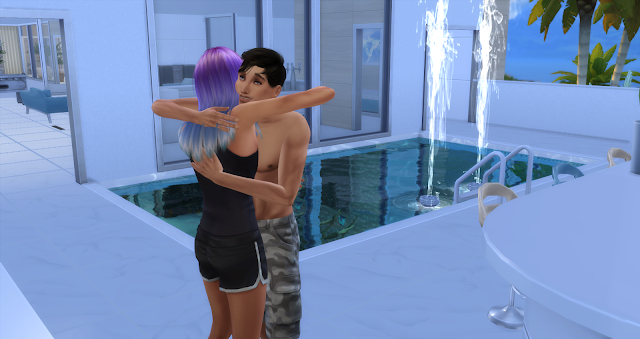 “I’m so sorry I joked about it, and don’t worry, your family will always be here for you.”

It was like the voices got pushed back by his words, and for the first time since she heard them properly, she could feel them fade into the background. Just as she was about to say something, their sibling moment was interrupted. 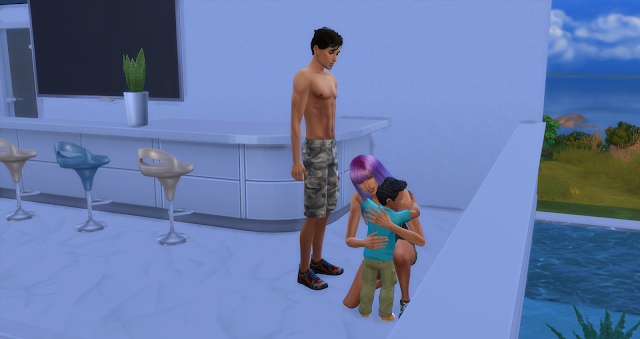 Neither of them had noticed that Seth had walked up to them, and noticed them hugging. Nadya holding out her arms, and putting them around Seth hugging him tightly.

“Of course you can have hugs too, there will always be hugs for you whenever you want them”

It was odd how calm she felt around Jeremiah and his son, calm enough to think about her situation much more clearly than before.

She chuckled, remembering just what Jeremiah had told her about his son’s extreme love for asking why, and how she had been much the same when she was little.

She left the two up at the veranda, going down to find her father.

At first he just looked at her, before it suddenly dawned on him what she was talking about. And for a while, he just stood there looking at her, while she could feel how the panic crept up inside her, and how the voices inside her head seemed to get more prominent. 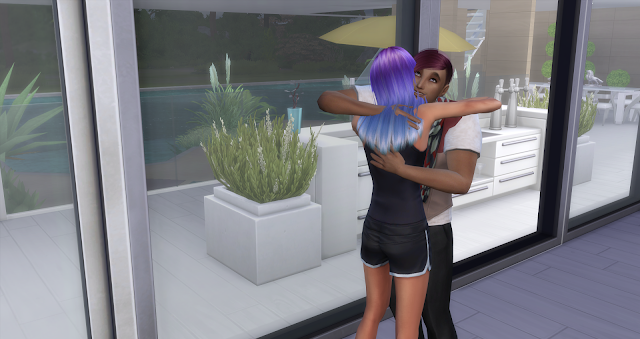 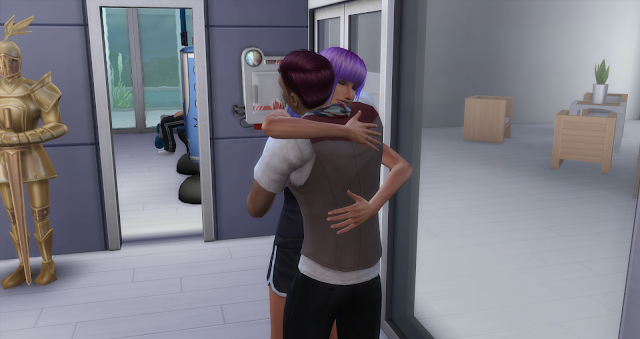 “It’s okay sweetheart, I’ll always be here to help you, and I am sure that goes for your entire family”
“Thanks daddy”

He smiled, just holding her tight. He had always worried that his children would inherit this, but now that one had, all he knew was that he would make sure it would be as easy for her as possible. As she just stood there feeling her fathers arms around her, it was like everything she had worried about disappeared, and the voices faded just like they did around Seth and her brother.

“Hey dad, what helps you the most?”

He looked at her a bit, before hugging her again, whispering the words into her ear.

One Response to 2.9 – Insanity