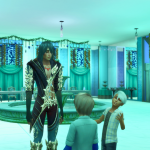 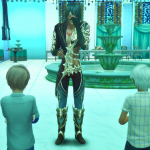 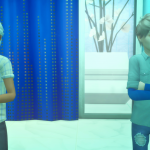 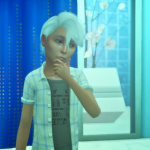 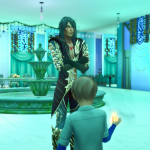 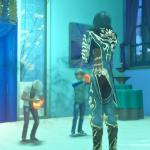 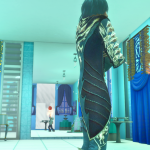 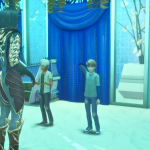 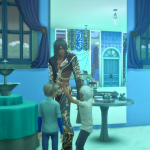 Hayle
watched them as they hugged his brother, still a little surprised every time
they were there with how much he seemed to like hanging around the kids.

He had thought
long about how he could help them with their fire spells, and in the end just
figured he would have to see what they could do, and then work from there. From
what his brother and husband had explained, it was a different type of fire
magic than what he was familiar with so he wanted to see it.

He smiled,
it was sweet off them to worry.

It took the
two a while, before they finally managed to do what they had done by mistake
earlier. Their uncle watched them carefully noting that the type of fire they
used was completely different from his own, and most anything he had seen
before.

“Impressive.”
“Really?”
“Yeah, for being completely uncontrolled it is.”
“Oh…. You can teach us to control it?”
“Yes.”

He looked
at the two, there was one thing that worried him that he needed to have a talk
with his brother about, and that would change his plan in training them
completely.

“But… now
I want to show me how good you have become with your ice spells, come on.”
“Really?”
“Yep, I want to see if I can figure something out.”

He watched
them closely as they practiced, nodding to himself on occasion. After some
time, he stopped them and told them they were done for the day.

“Can we
play then Uncle Kagu?”
“Of course.”
“Hide and seek, you can find us!”
“Alright, you better not be easy to find.”

The happy
laughter off two kids filled the castle as their uncle started to count. Hayle
just watching them run past him and disappearing into the vast castle as his
brother still counting walked over to him.

This entry was posted in Sims 4 and tagged but also kinda cute, even though fire is fire, Hayden Ward, Hayle Ward, he does love spending time with them., he finds it facinating what type of fire magic the kids has, it's new to him, kagutsuchi, Rylan Ward, there are different types, Whenever I take them to the castle he breaks my poses to go play with them, which is annoying. Bookmark the permalink.