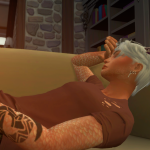 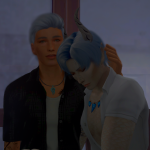 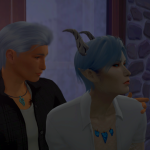 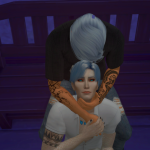 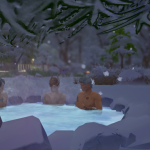 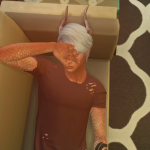 He could
hear his parents muffled voices through the glass doors, the day’s activities had
taken what little energy he had, but he had to admit it had been worth it. He
also had to admit that being here probably stopped it from being just tired and
a headache. Had it been at home he knew it would probably be a lot more than
just this.

Chris looked
at his husband, he had been like this since it became clear they were moving
away from Sulani. At first, he thought it was just the fact that he didn’t
really want to move, and the worry for Hayden and his health, but now he wondered
if there was more.

“Okay, out
with it?”
“What?”
“Something has been bothering you more than just the move and Hayden being
sick.”
“Meh..”
“Not good enough, tell me.”
“Why didn’t I realize all this back then?”
“Neither of us could have known about this, especially since I have no memory
the fire side is from me, remember?”
“I should have felt something..  I mean,
I am still a god, and I keep feeling like I should have known?”

Chris shook
his head, pulling Hayle back when he got up mumbling something about checking
on Hayden.

“Hayden is
fine, were talking this through.”
“But…”
“We both know they had no powers as babies, not as toddlers, it only manifested
when they became kids, how could you have known?”
“I just feel I should have?”
“You’re not a good of the future are you?”
“No?”
“Then how would you know. When they had no signs before they were children?”
“Eh….”

He looked
up at Chris

“See, just
like you told me, we couldn’t have known, we just have to make the best off it.”
“Dads?”

“Since when
did we have this?”
“Oh, that. I forgot all about that.”

Chris
smiled, he remembered the one he long ago had used on a date he took Hayle on.
Much like then, it could both use warm and cold water.

Rylan
chuckled, as Felix had come out, just sitting next to them and watching them
all.

“I think
you are pretty sure were all crazy, like when we swim in the ocean right?
“Meow.”

Rylan
chuckled as Felix left them again, heading back inside and curling up next to
Hayden in the sofa, purring lightly as the attention he had been wanting was
given by light scratches behind the ear.

This entry was posted in Sims 4 and tagged And chris will never let Hayle try and not talk about things, and has a headache, and Hayden is still tired, but in the end he will push the issue, but it beats the rest, Christian Ward, enjoying water that much, Felix, Hayden Ward, Hayle Ward, he'll give him time, I love the look felix gives them, Rylan Ward, their all crazy in his world. Bookmark the permalink.