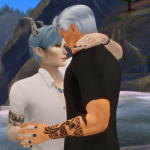 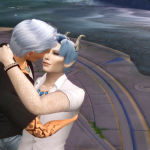 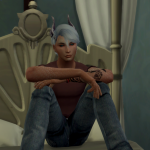 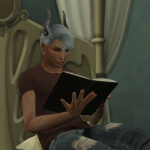 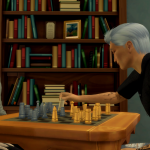 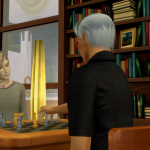 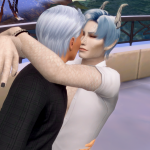 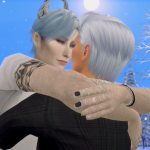 They ended
up moving a little before the house was fully finished, simply because it was
rapidly getting warmer in Sulani, and they noticed the effect it had on Hayden.

Hayle
smiled, he was happy that they hadn’t told him, he didn’t want to ruin the
surprise after all.

“Well
wouldn’t be much of a surprise if they told you before it was done, would it?”

He couldn’t
really disagree with that, even if he had asked them if they could tell him
what it was, he was curious after all. Both Hayden and Rylan had started at
their new school, being told about how this world was close to a place just referred
to as RoM.

“So.. Realm
of Magic?”
“Yep, according to this book at least.”
“Does it say how we can get there?”
“Through a portal, I think it’s the one our parents mentioned the other day.”

Hayden
looked at his brother, sitting in the bed they at the moment shared until all
the final touches were made.

“What?”
“Well, I asked our teacher, and he said they have a huge library… among many
other things.”
“Hmh, you’re thinking magical books?”
“I’m thinking it’s worth checking out regardless.”

A library
filled with books was already tempting, one filled with books about magic was
even more so. Also, it might be a place he could be on those good days that they
were hoping he would have many more off from living here, so there was that as
an added bonus.

“Go to RoM?
Well, I don’t see why not, just stick with the library and school grounds?”
“Sure, I don’t think we can use the next portal, if what our teacher said is
correct, you have to be a spellcaster for it to allow it.”

Chris
nodded, focusing on their game of chess, he had already learned that both his
kids were quite bright and beating them in chess was becoming increasingly
harder and sometimes impossible.

“Feels nice
doesn’t it?”
“To have them both go to school?”
“Yeah.”
“Not many can brag about having kids that are happy to go there I think.”
“Not if Nat’s kids were anything to go by no.”

He
chuckled, lifting his husband off the ground.

“There is
only one important things for me when it comes to where we live, that it is
with you.”

This entry was posted in Sims 4 and tagged and a library with magic books, and it's not finnished yet, and their dads are out exploring their neightbourhood, but they moved anyways, Christian Ward, Hayden is a bookworm, Hayden Ward, Hayle Ward, new home, new school, Rylan Ward, sounds to good not to go right?, which means Hayden is at school along side his brother most of the time. Bookmark the permalink.