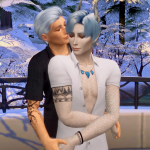 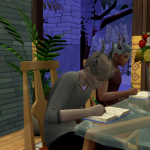 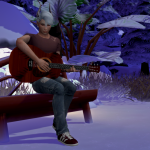 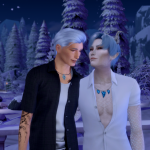 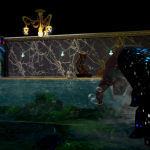 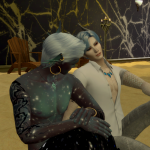 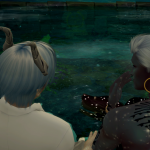 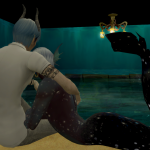 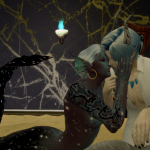 “I admit, I
am liking this new routine of evening walks we have.”

Hayle
chuckled, it had become a thing over the first few months of them living there.
With Hayden feeling better they felt freer to head out for walks than they had
when they lived in their old home. It wasn’t something they had thought much
about back then, but now that they had it, it made it very clear that their
decision had been the right one.

“Now why
are you faster with this than me?”

Hayden
chuckled as he finished his homework faster than Rylan. With him most days
going to school, homework had quickly become easier for him, as Rylan didn’t
have to sit and help explain the things his teacher had been teaching them in
school.

Rylan just
shook his head, noticing Hayden sitting himself closer to help him out with the
stuff he didn’t quite get.

“When is
the next round of D&D?”
“This weekend I hope, just need to see if everyone can make it.”
“Nice.”

One of
Hayden’s favorite things after they moved was sit outside and play the guitar,
even though he knew it wasn’t very good for the guitar if he stayed out too
long. Hearing footsteps in the snow, he looked up to see his dad.

“Mind if I
join?”
“Just not too long, we don’t want to break another set?”

Chris
chuckled, sitting down with is guitar next to Hayden, following along with
whatever he was playing.

“I saw them
all leaving?”
“mmmhm”
“Does that mean that you will tell me what the surprise is?”

Hayle
chuckled, it was quite fun to see his husband so curious, but he did intend to
show him what he had been keeping to himself.

“Close your
eyes, and no peaking until I say so.”

He led his
husband through a portal, it had taken him and his brother quite a bit to get
it working, but now it was.

Chris
opened his eyes to see a huge underground pool, clearly been made to look and
feel as much as the ocean as possible without making it. Watching his husband
jump into the pool to test it made him chuckle, it was a little like seeing a
big kid with a new toy. After a bit of playing around, he pulled himself up on
the edge.

This entry was posted in Sims 4 and tagged and now you know what his surprise was, and somewhere they can swim and play, but it will at least make them miss the ocean a little less, Christian Ward, even if it's not the same thing completly, Hayden Ward, Hayle Ward, he wanted them to have almost an ocean, it is as close as they can get, Rylan Ward, sadly the game does not allow water kisses in a poool, shame on you sims. Bookmark the permalink.