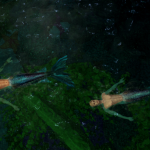 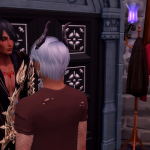 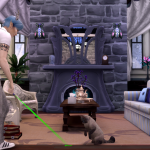 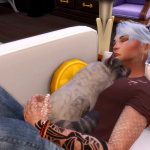 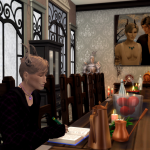 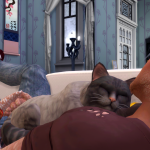 Chris smiled, having joined his to boys in a bit of swimming after everyone had headed back home after a full weekend of games and fun.

“Did you actually finish?”
“Nah, but they got pretty far in, so I can start working on more for another time.”
“I hope it includes less healer killing than this round..”

Rylan just chuckled, he had been pretty mean with their healer, but he did fall for it every single time.

“I make no such promises.”
“Figures.”

They had just come home from school, finished their homework when there was suddenly a ring on the door. They didn’t really have many visitors, especially not on a school day.

“Hey Uncle Kagu, are you looking for dad?”
“Well yes, but I was also looking for you and your brother.”
“Oh?”
“Oh nothing to worry about, just wanted to see how you were both doing.”

Hayden called for his brother, spending some time with their uncle who was actually just there to see how they were doing and setting up a bit of a schedule for their spell sessions. Hayden still wondering why he wanted him to come, but as long as it got him out of the house. Their uncle watching his brother play a bit with their cat with a weird look on his face.

“A shelter you say?”
“Yeah, we start next weekend.”
“Well, won’t that mean you have two jobs?”
“Yeah, but their easily mixed, much like with school.”

Their uncle just nodded at them, talking with them a little more, before he went to find his brother. The rest of their week was much like how Rylan imagined it. Hayden mostly sleeping, managing to go to school, and with a bit of help from Rylan and his parents, he managed his homework as well.

“You watch him for me while I do my homework Felix?”
“Mrow.”

Rylan smiled, watching Felix lie on top of Hayden like he often did when he wasn’t feeling well. At first, he was worried the cat would be to warm, but it didn’t seem to hurt him. Smiling, he started his homework, being ready to help Hayden with his whenever he would feel like it later.

This entry was posted in Sims 4 and tagged and Felix in turn watches over Hayden while he sleeps, being all to cute if you ask me, Christian Ward, Felix, Hayden Ward, Hayle still plays with Felix like he has done since he got him, Hayle Ward, he likes spending time with his family, kagutsuchi, Rylan Ward, their uncle does come to visit them fairly often to be honest. Bookmark the permalink.