Chapter 1; That special someone! 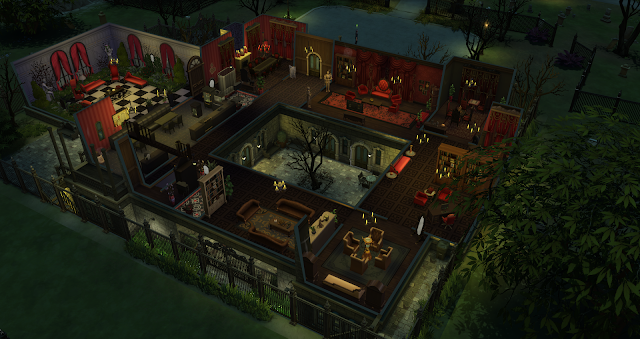 The first couple of days had gone into getting to know his new home. Coming from only having had a small room, that he always shared to a large mansion that he had all to himself was quite the change. The house had clearly not been used for years, the spider webs all over the place was testemony to that. He managed to get most of them, but the ones that were high up and out of reach he decided to leave, at least for now. 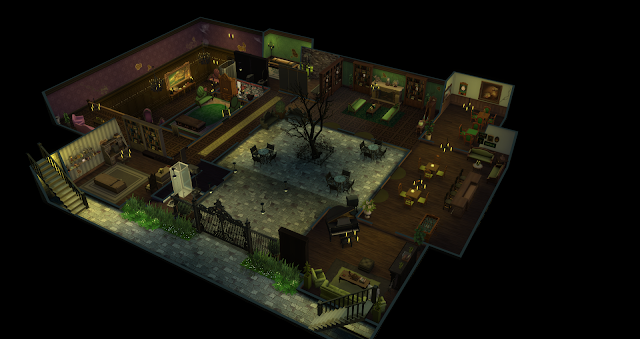 Other than getting to know his new home, athough he really had not got the slightest idea why it had what seemed to be a jail.. he had also gotten himself a job. He had always wanted to be a famous athlete, all he had to do, was hide his vampyric tendencies. He had a hunch it might not be overly popular with the masses. Luckily basketball was an indoor sport, so he didn’t have to worry about beeing caught out in the sun, even on gamedays. 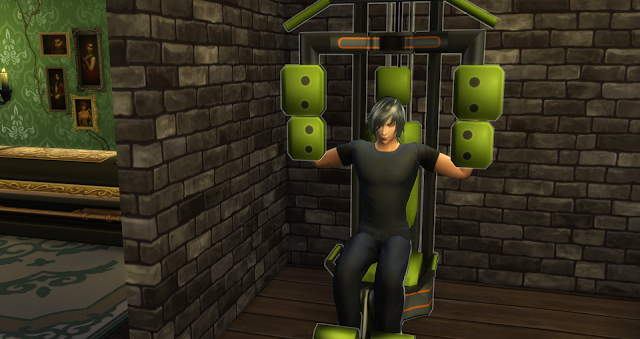 Slowly he started to notice how the days just seemed to pass with him working out alone, playing chess alone, or well pretty much doing anything alone. Apart form the people he played with at work, he realised he had no one else to hang out with. So after a bit of internal debate, and stocking up on plasma fruit he had found on a night out, he decided to try his hand at a karaoke bar in a town not to far away. He liked singing, and knew he sounded at least somewhat decent when he sang, perhaps it was a way to meet people he could live with. 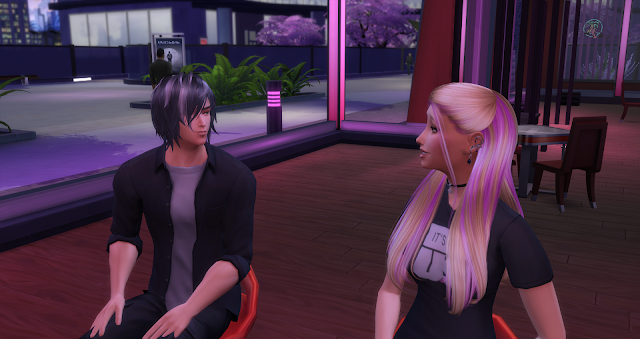 Entering the bar, he looked around and to his surprise there were quite a lot of people there for beeing fairly early in the evening. Although the so called singing was a little to be desired. Shaking his head a little hea headed for the bar instead, and just as he had ordered his drink, she came in the door. Although he had crushes before, and he had even had a girlfriend or two in his young life, it felt nothing like this. It was like she lit up the room, and he simply could not take his eyes off her.
“Well…. ehllo you there lady hrm…”
He blushed as the lady just looked at hm. Aparently vampyrism had an effect on him he talked, at least that was his excuse to himself. Mentally giving himself a bit of a slap, he took a deep breath and tried that again.
“I mean.. hello there..” 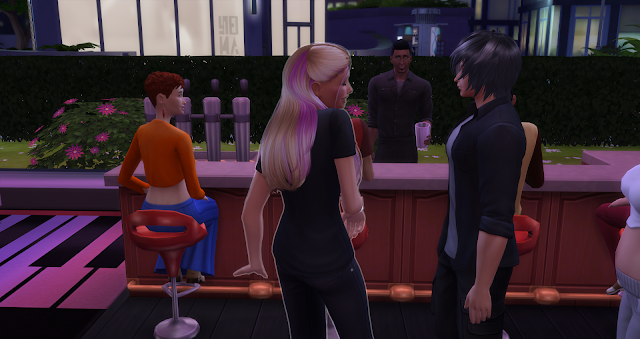 At first he thought she would just walk off, but after a bit of just staring at him, she suddenly broke into what to him was the most lovely laugh he had ever heard. He somehow managed to offer her a drink without putting his foot in his mouth, and as the night slowly got older, the two of them sat there chatting away. It wasn’t until the bartender commented that it was last chance to get a drink that they realised how long they had been sitting like that. All Itsuki knew was that he would not let her go, he just had to find a way to ask her.. To his surprise, it was she that asked him
“I know we just met.. but I just lost my job, and my apartment.. so maybe I could borrow a sofa where you live?”
He wasn’t sure if a vampire heart could melt, but if it could, he was sure it just did. Taking her hand he gave her a nod, payed for their drinks, and took her with him outside, and hailed them a cab. The cabdriver looked a bit oddly at him when he told him where to go, but luckily didn’t say anything. The last thing he wanted was to scare her away allread with what he was… he needed time, to get to know her, and ease her into what he was. As they drove, he stole looks at her, without knowing that she was doing the same when he was looking the other way. 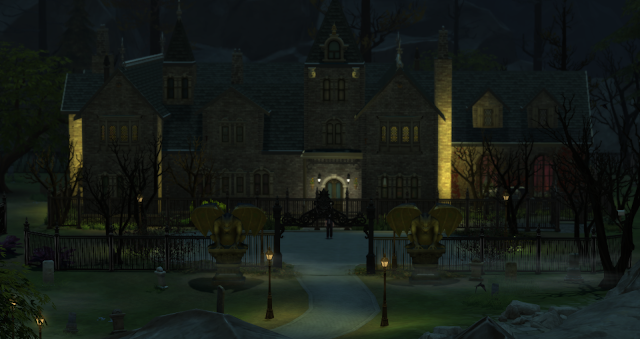 “You live here?”
He nodded as the house came into sight, paying the cab driver before holding out hins hand to her, to help her out.
“I inherited it from my parents, I am still getting used to it really, but you don’t need to worry about a sofa”
He smiled as he showed her into the house, letting her look around in it, although quickly locking the door to that odd part of the house that had the jail cells. He was pretty sure that no lady would like to see those the first day visiting somewhere.
“Ah, here, I think this room would be a good one for you”
He opened the door to one of the many bedrooms he had discovered. It had a large comfortable bed, and everything a woman needed, or at least he though so. Even had a small bathroom of it’s own. Unlike him, he knew she was probably sleepy, so with a smile, he headed back downstairs.
“I’ll be downstairs if you need me” 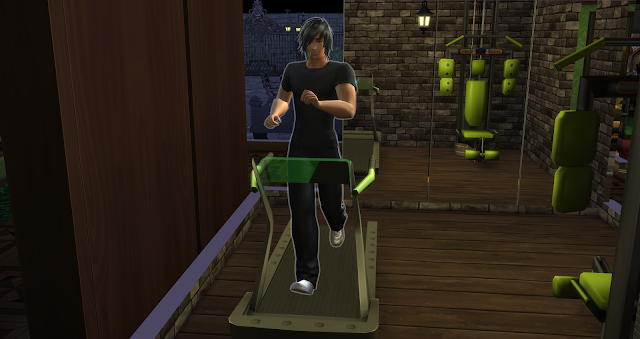 Heck he needed the workout to keep himself in check. He wasn’t sure if it was the vampire in him or not, but he had a very hard time with not trying to get more. She on the other hand just looked at him as he walked off, a touch surprised, as she had almost thought he would want something back for his offer of a house and bed. Tilting her head to the side as he walked down the stairs, nervously fiddeling with his hands. Looking back at the bed, she smiled at it all, before crawling under the covers for a good night sleeep. 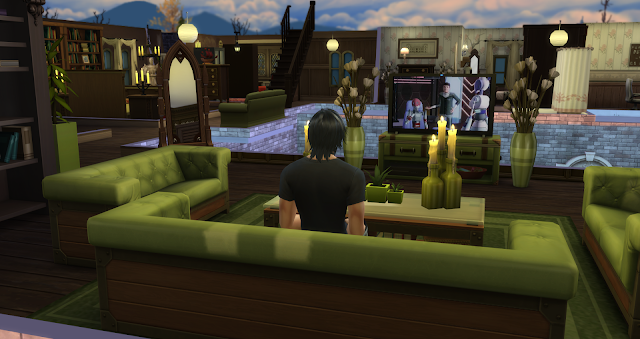 After working out for a while, to calm down all the emotions he had been feeling, he found himself in the sofa trying to watch a movie, but instead, he found his gaze traveling to the stairs just incase she was to appear.

2 Responses to Chapter 1; That special someone!