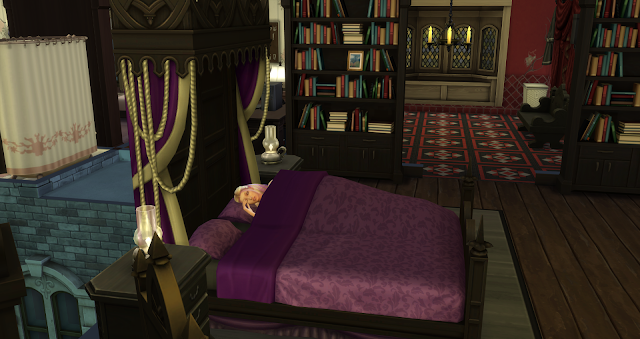 She didn’t come down that night, and a part of him was perhaps a bit glad, as it was something about her that he just could not explain. He had been around plenty of humans after he had turned into a vampire, but she was the first one he had to fight the urge to feed from. Shaking off the thought once more, he walked into the kitchen, thinking that it might be nice for her to wake up to some breakfast. Just as he finished it, he noticed someone standing in the doorway to the kitchen.

“Hi.. I thought food, you hungry?”
What was it with this woman that made talking so dammed hard, luckily though she simply chuckled and took a plate.
“Do you always lose the ability to talk around people?”
“No”
“So just around me then?”
“Yes.. I mean no.. I don’t know, what magic is it you possess!?” 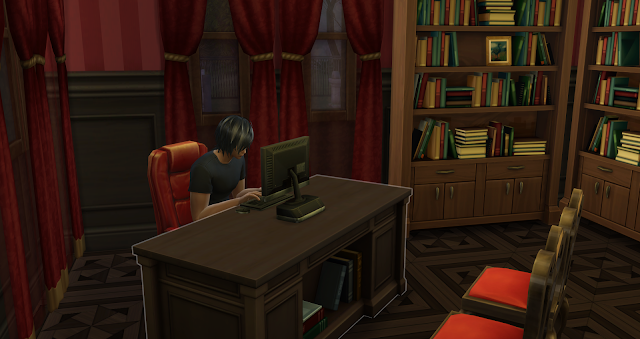 He sighed as she once again chuckled, it would seem this was a thing around her, as was the struggle for him to stay in control of his need to feed. Excusing himself with a bow, resulting in yet another chuckle, he sat down by the computer. He had to figure out a way to stop this hunger for her, before he ended up doing something he would regret.

“Would you mind if I painted a little? I saw you had a room for it upstairs..?”
He snapped out of his research to see her standing on the other side of the computer screen, her face so close it took every ounce of self-control to not grab her.
“Oh, sure, you can paint all you want. You like painting?”
If he could slap himself somehow he would. Of course she liked painting, why else would she ask. Once again his inability to talk properly around her seemed to make her chuckle, and if he wasn’t mistaking there was a bit of a blush there too. As she once more disappeared upstairs he went back to what he was doing. He had to figure this out. 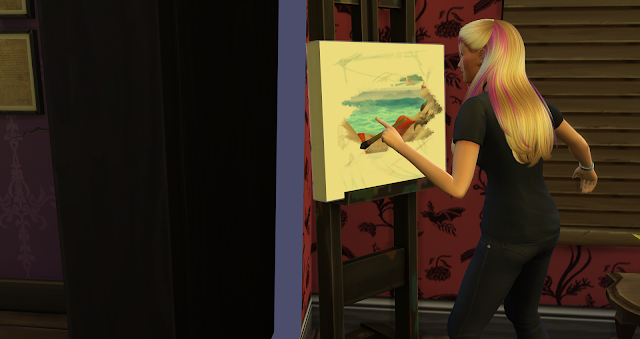 Time went on a bit like this, they settled into a bit of a routine of their own. With Nagisa spending a lot of her time painting, while he was still working at climbing the ranks at his job. He had however started to notice that his skin seemed to get increasingly sensitive to the sun, enough for the short walk outside to get to work was starting to hurt. It worried him, as from what he had read some vampires were so sun sensitive they could not be outside ever. Trying to take his mind off it, he wandered upstairs, to see if Nagisa wanted some dinner. She had been up there almost all day, and he had learned already that she tended to forget things when she got into painting.
“Wow, that’s really beautiful”
She was standing there wiping off the brushes, and behind her was a finished painting that he thought was pretty amazing.
“Me or the painting” 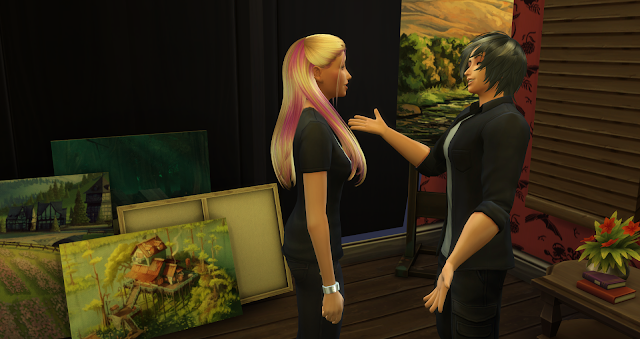 His mind froze as she took a step closer to him, making him unable to answer her in any coherent fashion, resulting in what he could only be interpreted and “hurrdurr” noises. She walked a bit closer to him, and as much as he didn’t want to, he found his body not listening to his own mind. It felt like he had been pushed away behind a door in his own body, powerless he saw himself do what he had been trying so hard to avoid. Her eyes seemed to glaze over as he sank his fangs deep into her neck, the sweet taste of her blood filling his senses, the part that was still fighting to stop it almost silenced by the sensation.  After what felt like a lifetime, he finally released her, watching her as she seemed to wake up from a dream. Just as he was about to say something, she simply passed out right
in front of him. 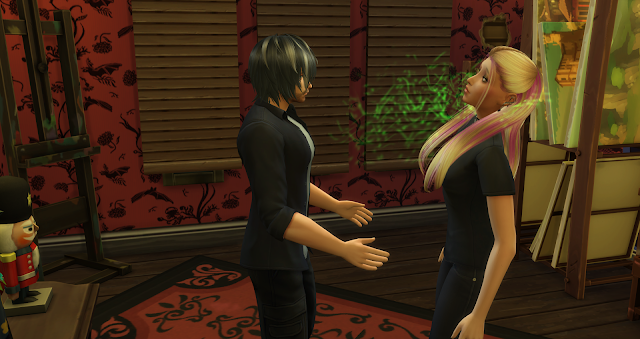 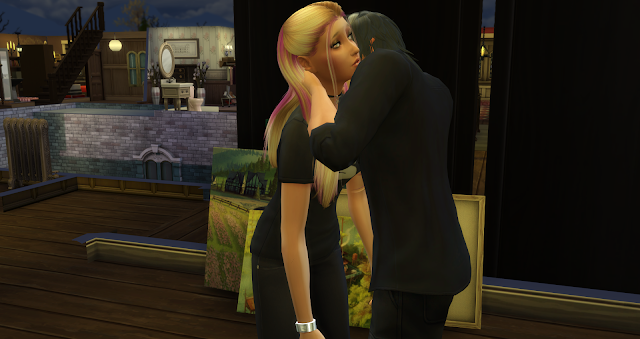 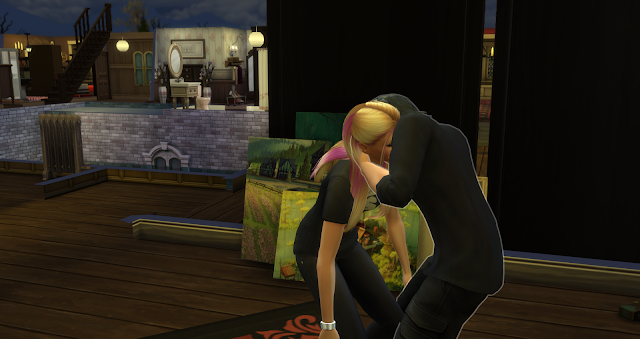 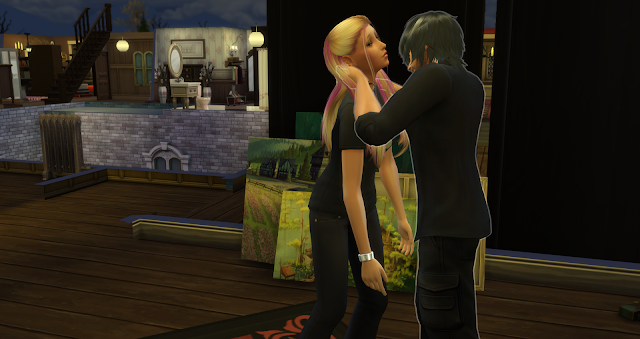 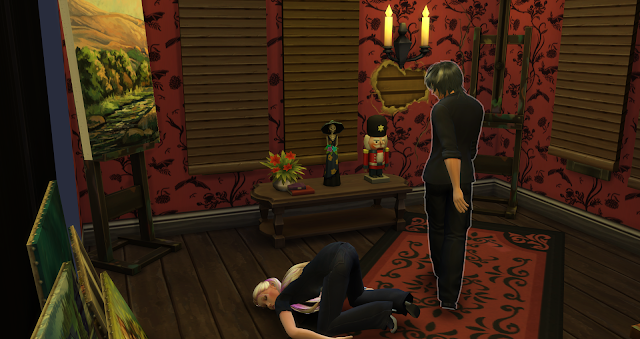 “Oh god…”
He stood there for a few seconds, guilt knocking the air out of him, making him fall down to his knees. How could he do this, what kinda monster was he becoming? Maybe he should tell her she had to move out?
He pulled himself together, gently scooping her up into his arms carrying her to her bed. The two red marks on her neck an eerie reminder to him of what he just did. Sitting on the side of her bed, he lowered his head into his hands. He wondered if his parents had this problem, or perhaps it was just him not being strong enough? Would his mother have accepted it, and what would they both think off him? 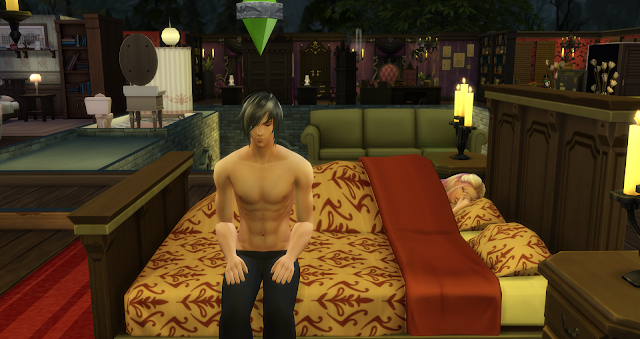 Sitting there watching her sleep, he promised himself two things. He would never ever let that happen again, and he had to tell her what he was. Making sure she was sleeping comfortably, he walked down the stairs, and into what he always thought looked like an indoor garden, putting down two planter boxes, before planting two of the plasma fruits he had bought earlier. 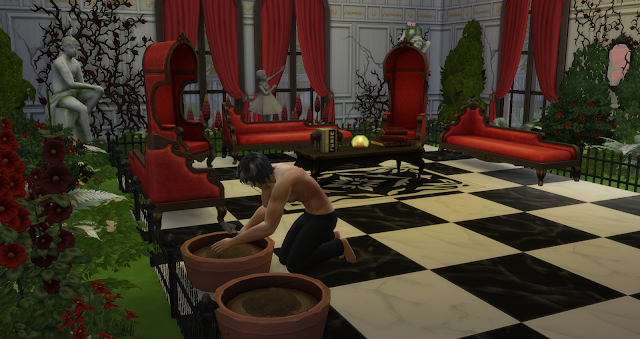