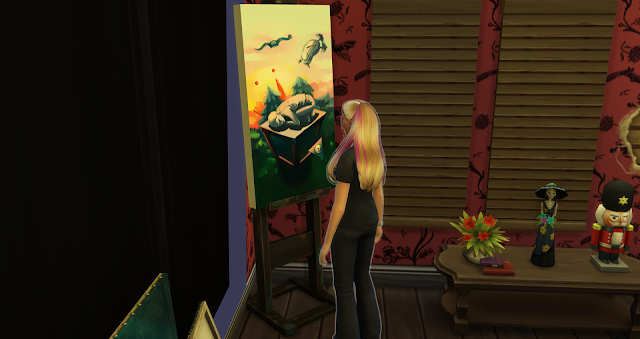 They used a couple of weeks to get used to them both being vampires, Itsuki showing her many of the things he had learned since he was turned. One of the things she actually loved was that she seemed to have inherited his ability to turn into a bat. On several evenings they would fly to the top of the house, and gaze at the stars together. One thing she luckily did not get was his extreme intolerance to sunlight. Instead sunlight actually didn’t seem to affect her much at all, but she still had that uneasy feel whenever she was out in it.

All in all, life was quite good. Their books and painting sold well, and was bringing in more than enough to pay the bills as well as a little extra. In a way it was as if they lived in their own little world, almost forgetting there was a world outside their home.
“Are you happy?”
She turned her head to find him standing in the doorway looking at her painting.
“Of course I am, why would you need to ask?”
“You’ve not been quite yourself the last few days, that’s all.”
She gave him a bit of a surprised look, she had been trying her best not show it, but the last week or so she had been feeling sick in the morning, and generally feeling a bit
off. But she had no idea why so she didn’t really want to worry him with it.
“I didn’t want to worry you, I’m sure it’s just my body adjusting.”
“Or maybe it’s time we go out?”
She almost dropped her paintbrush; it was like it dawned on her just how much they stayed at home all the time.
“Anywhere special planned?”
He gave her one of those smiles he used when he had something planned and didn’t intend to tell her.
“Maaybe!” 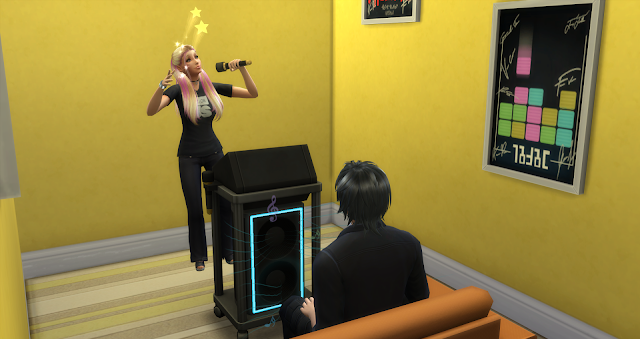 A little over an hour later, she found herself back in the city they had first met, but in a different part of town. There was a festival there, but first he led her to the small karaoke bar. Unlike the one they had met in, it had several smaller karaoke machines in rooms so they had several chances to sing together. 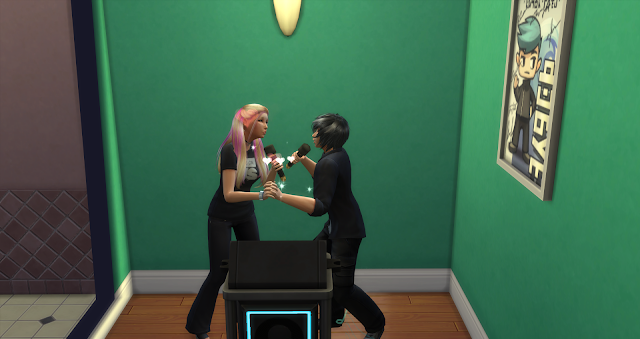 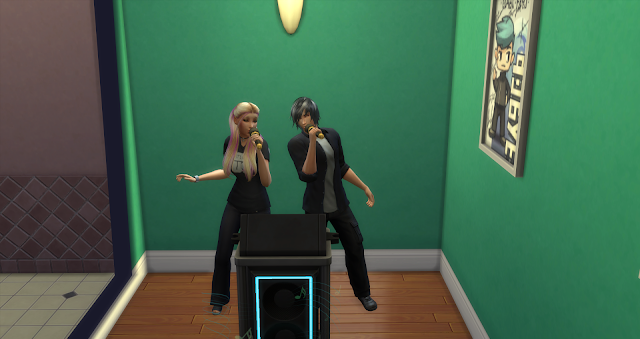 “Can we actually get drunk as vampires?” 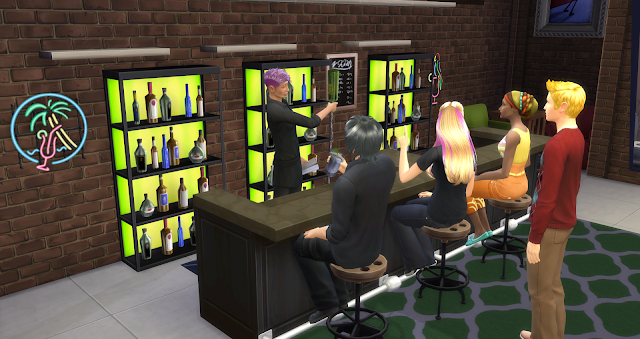 She whispered the question to him to not scare anyone around her, but all she got was a shrug in reply. Some drinks later, it would seem they both had found the answer to that question, as they were wandering somewhat unsteadily from the Karaoke bar over to the festival she had seen earlier.

“Welcome to the romance festival” 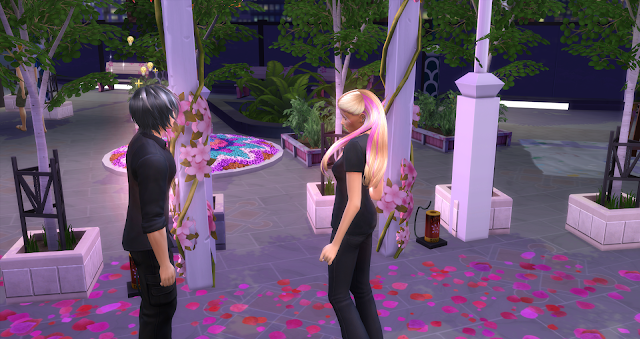 He turned around and looked at her, holding something behind his back only to find herself standing under a shower of rose petals seconds later. She chuckled and a nice rose color came to her cheeks. She had almost forgotten how silly romantic he could be at times. Walking around the festival hand in hand it was almost like they were in a little bubble of their own, stopping under an arch that was standing where they had first walked into the festival area in. Feeling his arms around her, she wrapped hers around his waist, the two of them simply standing there together. 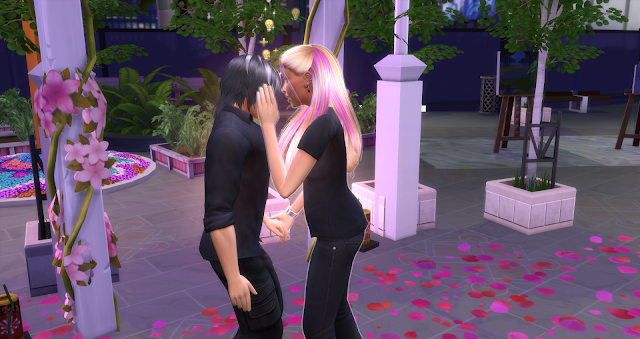 “Marry me?”
He looked down at her without releasing his hold on her.
“Hmh?”
“I mean right here, right now”
She couldn’t help but chuckle at the surprised look he gave her. They had been engaged for a long time now, and this place, the feeling, everything was just right for it to happen.
“Think about it, it’s perfect!”
“It is… I think, perhaps?”
He was so caught off guard by her question that he was back at not being able to speak proper sentences. On the side his mind was racing, as he was not prepared, and he wanted to say the right thing.
“Please?”
It wasn’t often she said those words to him, and oddly they always melted any worry he might have about things.
“As my lady wishes.”
He tenderly put his hand on her cheek.
“But we don’t have any rings”
“We can use mine.” 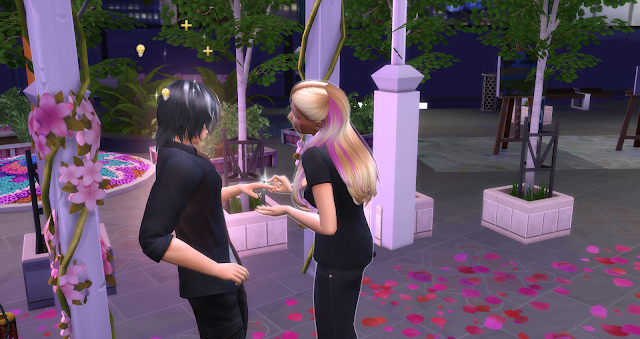 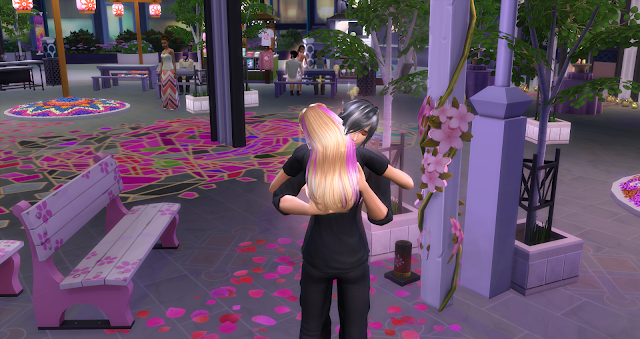 She took of her ring off her finger, before taking his hand, realizing quite fast that she would have to put it on his little finger and even then it probably wouldn’t fit. She hadn’t planned this, so much like him she had no idea what to actually say.
“All I know is that I want to spend the rest of my life with you, and thank you for just being you”
The ring barely fit on the tip of his finger, but it didn’t matter to either off them. Taking it off his hand before holding it for a little while, remembering when he first gave it to her. This time around though, his mind was not going to let him say anything as good as then. After all, he had reherased that for days.
“You… “
She chuckled as she noticed how he was so desperately trying to say something coherent, but all he managed was several versions of the word you.
“And the magic that I possess?
“Yes” 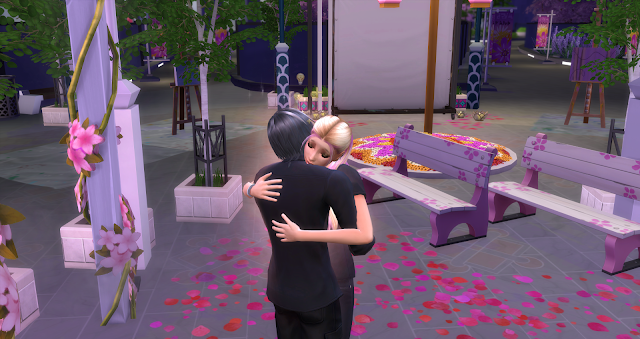 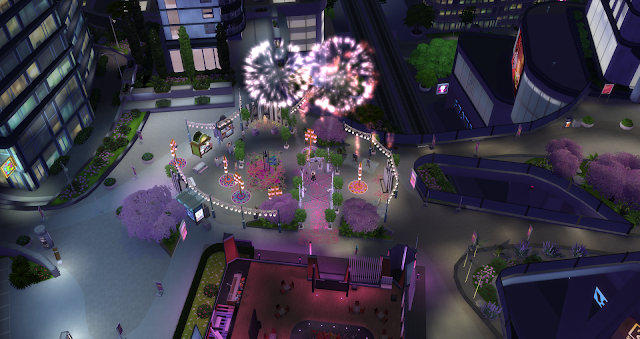 He put the ring back in the hand he where it belonged, before looking into those azure blue eyes that he loved so much, pulling her back close and kissing her. As if it was planned, the evening’s fireworks started around them as they stood there with their arms around each other.
The next day when she woke up, she noticed something she hadn’t before. Her stomach had a small bump on it, at first wondering if maybe she had drank a bit too much the day before, and that her vampire body didn’t like it.
“Oh my…”

It suddenly clicked for her. The morning sickness, the odd way she had been feeling and how her emotions could run away with her in the blink off an eye. She quietly snuck into the bathroom, knowing they had bought some tests when she thought she had been pregnant one time before.

“Itsuki?”
She sat by the side of the bed, poking his shoulder to wake him up. It wasn’t often that he slept, so she would normally not wake him.
“Hmh…?”
He turned around looking at her a bit groggily before waking up properly, noticing what she had in her hand.
“You mean?”
“Yes.”
A small “eeep” escaped her as he pulled her down into bed with him. Sometimes she forgot how strong he actually was, the “eeep” soon being changed into happy laughter from both of them.
“So our legacy begins”
“Legacy?”
“Yeah, it was something I read about as a child, and for a child with no idea where he comes from…”
She understood him. She knew where she came from, but there was something about the idea behind a legacy that she could like as well.
“And the best part, we’ll always be here to help them!”

They smiled at each other as a new chapter in their lives was about to begin. 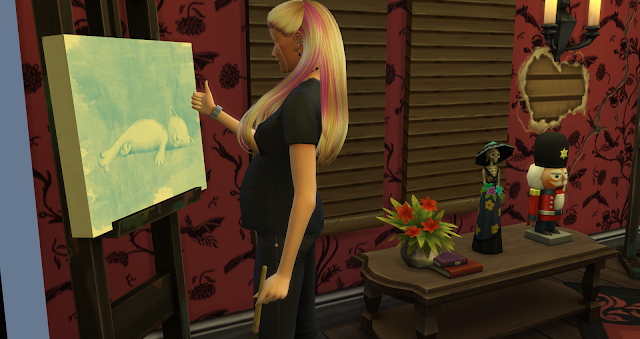