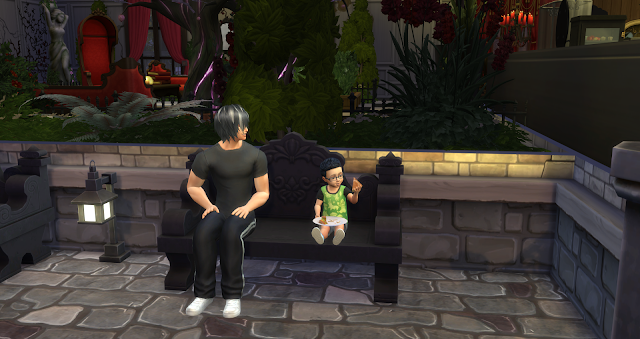 With two toddlers running around the house, he found he had been quite right in his thoughts of time flying. Even though they had sort of settled into a routine, having two small kids had a way to turn over any plan they had.

“Imagine, soon we’ll be sending them off to school for the first time”
Watching the two of them play together on the pad, his mind travelled to when he was a small child. Although the orphanage gave them all they needed, to the best of their ability, there was always that something he had felt missing. Why watching his two children play together made him think about it, he never really understood, but it often did.
“And now your miles away again…”
He snapped back to reality, smiling at his wife.
“Sorry.”
As she stood behind him, she slipped her arms around his waist, putting her chin on his shoulder so their cheeks touched, watching the two of them with him. She would miss them being this small too.
“Well… no one said we had to stop after two children”
She could feel how he blushed as they stood there, not all too imagine where his thoughts were wandering at that moment.
“Mommy, daddy! Look!”
Ignis and Lena held up the pad towards them, showing them how they together had completed a small brick-block type game.
“Awww, there went my high score…”
Itsuki tried his best to pretend to sulk, without all too much success.
“Already outsmarted by my own children, imagine what’s going to happen when they get older.” 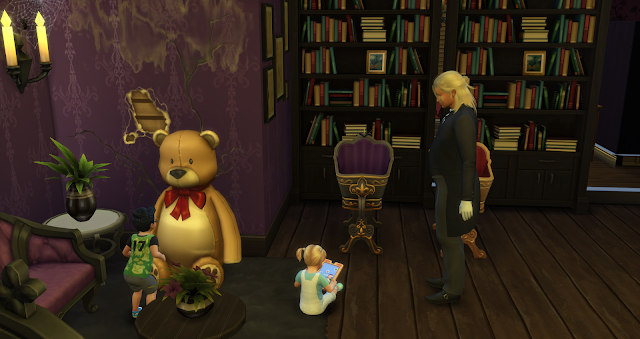 They just chuckled and started a new game together, now trying to beat their own high score. Leaving their proud parents just standing there watching them. The next morning, Itsuki was busy making two chocolate cakes; even if Hiro had said he could make them. There was just something about making his children’s birthday cakes that he had to do himself. They had decided to just make it a small family gathering after asking both of them if they wanted more guests, they had both shook their heads.
“Cake!”
And with Lena’s outburst, Ignis came running to see the two chocolate cakes that were ready for them. Both decorated with lights just begging to be blown out.
“Me first!” 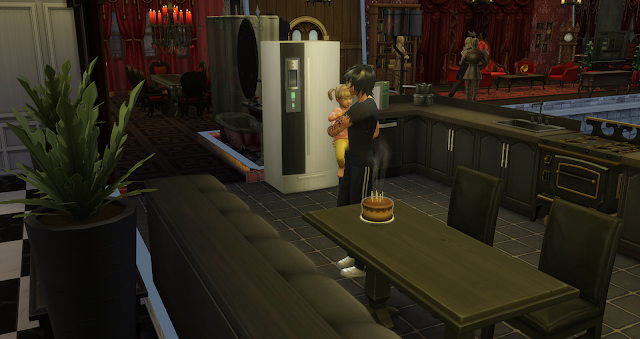 Lena stretched her arms out towards her father whom she knew had all the hardships in the world saying no to her when she did that. Lifting her up, he looked over at Ignis, who didn’t seem to mind being second.
“Wow, look at you!” 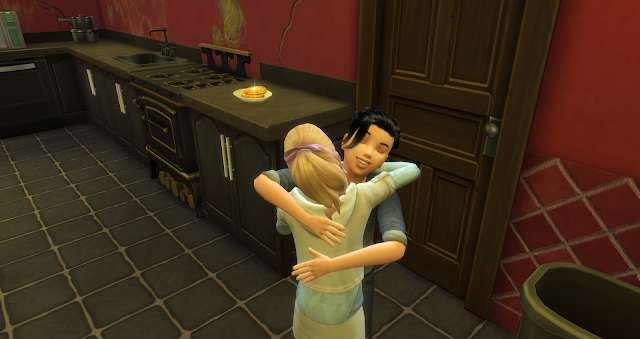 That they were twins were not hard to understand when they both exclaimed the same words at the same time. Almost more interested in the other ones new looks than their own. Itsuki and Nagisa had already decided not to push them into doing homework that they had been sent from the local school giving them their birthday to just enjoy themselves. 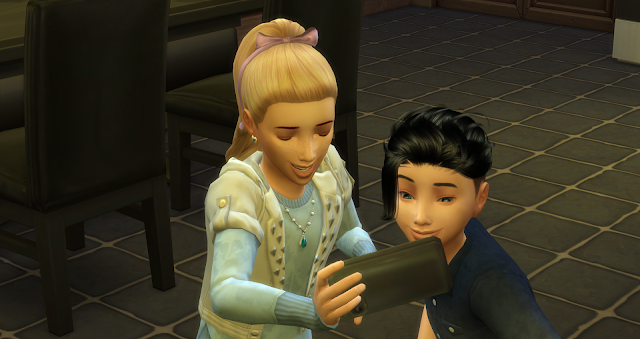 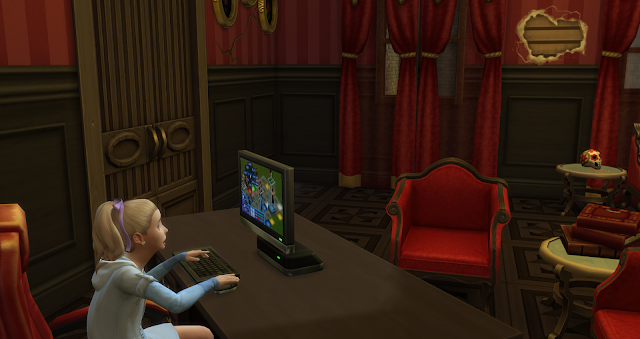 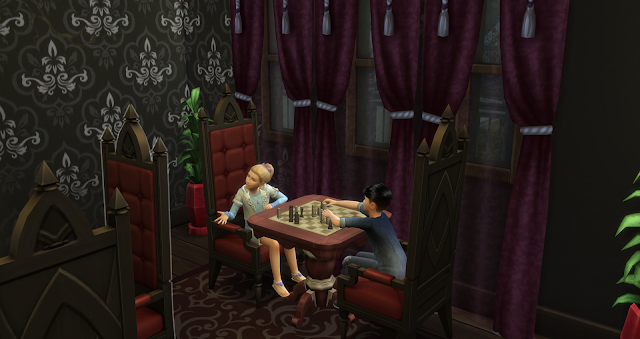 Things in the Rokuyari household slowly settled into another new routine now that the twins were at school. Although both were doing quite well there, it was Lena who had the hardest time adjusting to it. Several times coming home, throwing her backpack in the door, and stomping through the house. 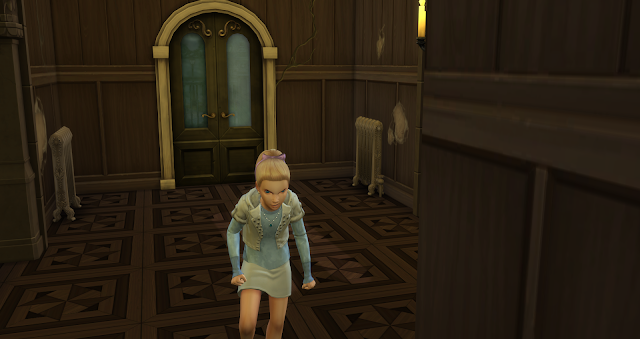 “Oh… we have an elephant in the house again.”
“That’s NOT funny dad.”
“Well, you do really sound like one when you walk like that”
Luckily for Itsuki looks could not kill, as she walked into her room, slamming her door shut behind her.
“You know it’s not nice to tease her when she is that angry?”
“But it’s so hard to resist when she stomps through the house like that”
They chuckled a little before Nagisa walked over to Lena’s door knocking on it gently just to check that she was really fine. And like most time, she found her daughter doing her homework.
“Everything alright?”
“Yes, it was just a dumb argument”
“An argument?”
“Yes, some kid at school was saying mean things… they said we were undead…”
Nagisa looked stumped, suddenly realizing they had not mentioned some quite important stuff now that they were older.
“And one said that dad can’t go out in daylight… I mean how silly is that!”
“Not as silly as you might think.”
Lena turned her head towards her mother as that was really not the answer she had expected. Nagisa trying to find a good way to explain  it all without freaking out her own daughter.
“Finnish your homework, then we’ll a family talk, is that okay?”
“Okay mom.”
Nagisa smiled, before excusing herself from the room, finding her husband working on a new book.
“We need to have a talk with our children”
“Uhm?”
“We need to tell them what we are, the kids at school have guessed, and they don’t know themselves.”
“Oh…”
They both felt bad about not telling them, and now they were both at a bit of a loss on how to start the talk they now needed to have.
“I guess we can always tell them, and add that they will soon have a little brother or sister?”
“Wait… what?”
She just chuckled as she left him there with a large grin on his face. It was as she had said; no one said they had to stop after two children. Later the same day they sat their two kids down for a talk that they had forgotten was needed. 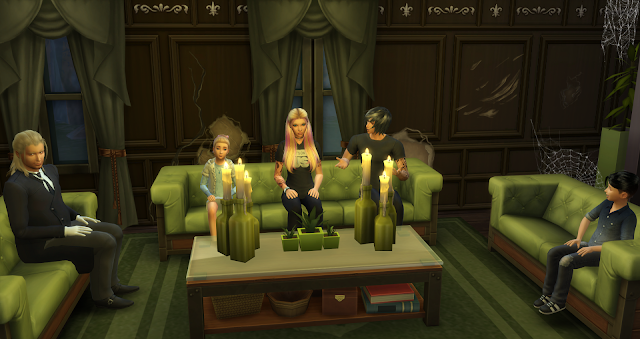 At first they seemed to think they were kidding, and not until they both changed into what was known as a vampire’s dark form did they actually believe what they were being told.
“But we eat normal food, and I have no fangs, are you sure?”
Itsuki slowly and thoroughly told them about how he had not gotten his vampire powers until he was a young adult. How he had met their mother, and also how she had chosen to be turned into a vampire by him.
“So, you really can’t go outside in sunlight?”
He shook his head gently, and a touch of sadness could be seen on his face. In many ways he missed his old job still, even though the books were making them good money. And he knew he could never play outside with his children, something that was much worse than just his job.
He took the time to answer all their questions as best as he could, with Nagisa and even Hiro helping with any information they had. Slowly the information seemed to sink inn as the two twins looked at each other.
“This is so cool!”
All three of the adults gave a small sigh of relief, Nagisa taking the chance to tell them just one more “secret”
“And, the two of you, will soon have a little brother or sister vampire too”
They both looked at her, and for a second she almost thought they would be angry about her news.
“Oooh when will you know what it is? I would love a little sister!”
“I don’t know Lena, and like with you we won’t know until he or she arrives”
Luckily both of them seemed to love the idea of a sibling. And they wanted to test if they could feel something, even though she tried to tell them both that it was probably too early for that. 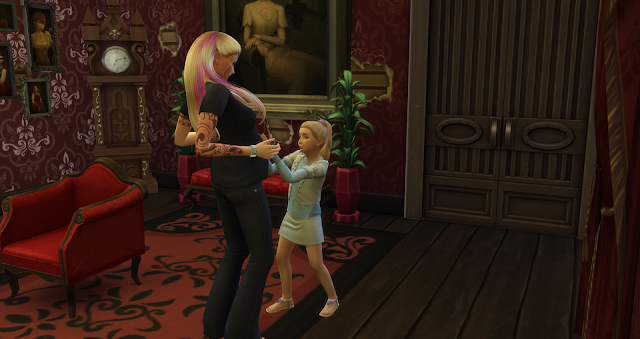 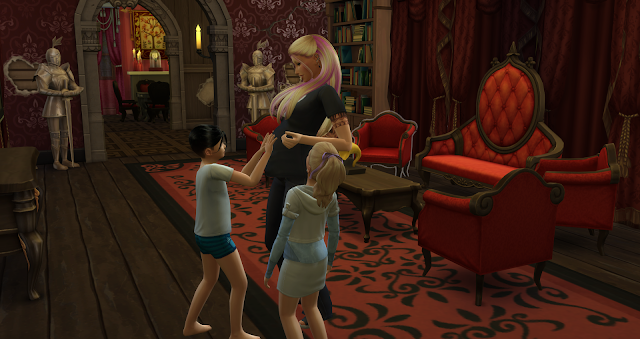 “Hi you in there.. I am your older sister Lenalèe. I’ll teach you everything you need to know”
“And I am your brother Ignis, I’ll make sure she doesn’t trick you, don’t worry”