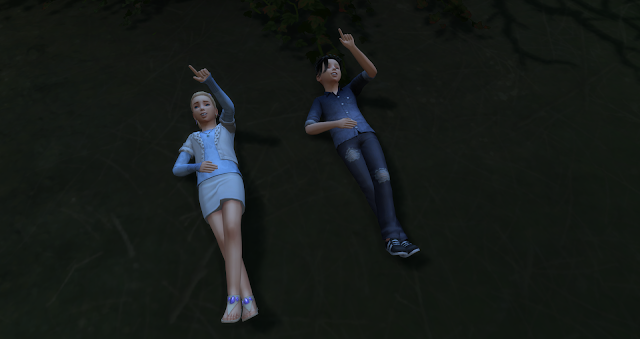 Both Ignis and Lena were good with their schoolwork. Both could proudly say they had an A in school, and both of them seemed quick to learn anything new. After Ignis finally invited Sailor over, she came over almost every day, even in the weekends.  Nagisa eventually called her parents just to check that they were okay with it.

“Soo, do you guys want a big birthday party this time around”
The three kids looked at each other, before shaking their heads.
“Nah, just a small family one would be nice”
The day after, cakes were being made, and general preparations were done. With them just being them, there was no need to dress up as well, something they all seemed happy about. 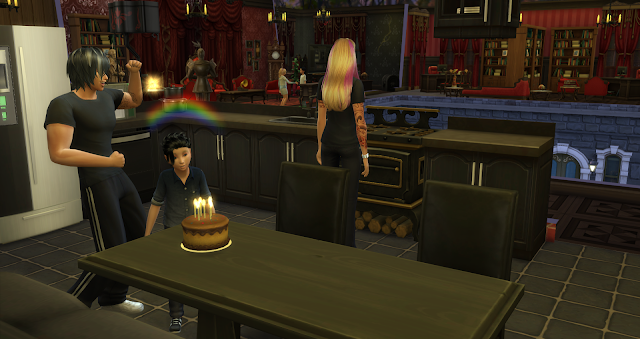 “So, make a wish, and then blow out the candles”
As he stood there watching them as they took their first steps into teenage and child life, he could feel Nagisa’s arms around his waist.
“We have teenagers… are we prepared for that?”
“I guess we’ll find out soon enough”
She smiled a little as he put her hands over hers. It was strange how quickly they were growing up. And now, when they were teenagers, it became clear just how much they looked like their parents.
“You know… I read that there is a way to make a vampire get older, I was thinking… before we become grandparents at some point, maybe we should at least be adults?”
He had thought about the same as he saw his kids age up into teenagers. It would be rather strange somehow, but they had some time until then.
“Sure, I don’t see why not”
Their present to their kids had been a quite easy one to choose, as they knew they would all need new clothing, and probably all wanted a style of their own. After a day out, they rejoined their dad and Hiro, showing off their new clothing and their new hairstyles.
“Awww…”
It was Samuel who had noticed he had gotten a letter from school. Just like the two other letters from his older sibling’s schools contained their homework, as well as a letter.
“Oh yes, no more just watching us doing homework”
“Aye, and best get it done, no reason to leave it for later..” 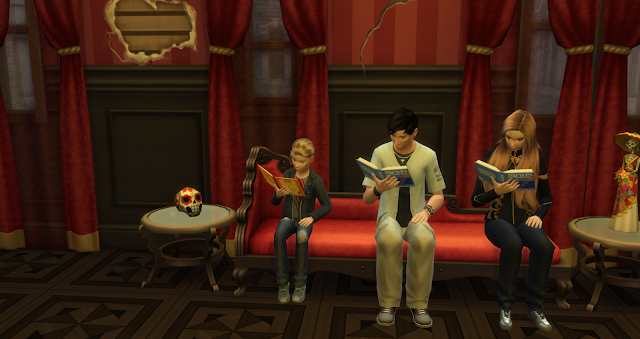 Sitting down together with their books meant that they were all done pretty quickly. Sam getting help from them when he was stuck on something, resulting in all three of them being done at the same time.
“Hey sis, how about we try what we talked about?”
“Ooooh yes!” 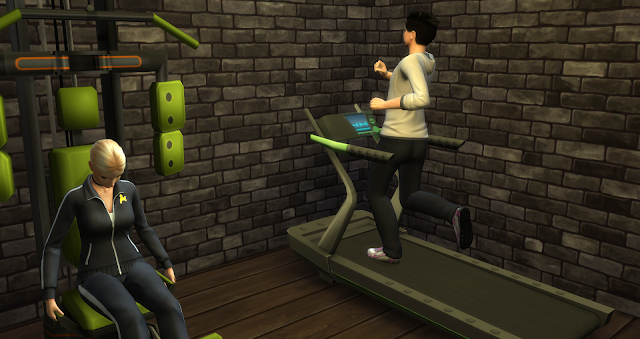 Although their little brother looked at them, they put their books away and headed downstairs. They had both looked at their dads training equipment when they were younger, and had often talked about trying them. Now that they were finally old enough, they both wanted to test them. It would seem some of their fathers love for working out had been inherited by both.

“I can see why I spends so much time down here, this feels ama…”
He never got to finish the sentence, as he stumbled on the treadmill and took a bit of a nosedive earning a chuckle from his twin, who was slowly getting the hang of the machine she was using. She could also really understand why their father seemed to enjoy it so much. It just gave a good feeling to work out.
“So, have you called Sailor yet?”
“No”
“Come on now, it’s not like she will change that much just from becoming a teenager”
He knew Sailor had also had her birthday, and for some off reason, this made him all nervous about seeing her again. What if she didn’t like how he looked now?
“I know, I guess I’m just worried she won’t like how I look I guess”
“You look fine, and honestly, do you think that’s what she would care the most about?”
His silence made it clear that he was quite worried about it. Although he had no real reason to feel that way, he just couldn’t help it around her. She was just that important to him.
“Maybe I should just call her and invite her over…”
As said so done, and before Ignis could stop his sister, she had picked up the phone and called. The next hour it was pretty much Ignis walking back and forth at the door waiting for her, until the bell finally rang. After a slight push, he found himself out the door, looking at what was quite simply still the girl of his dreams. 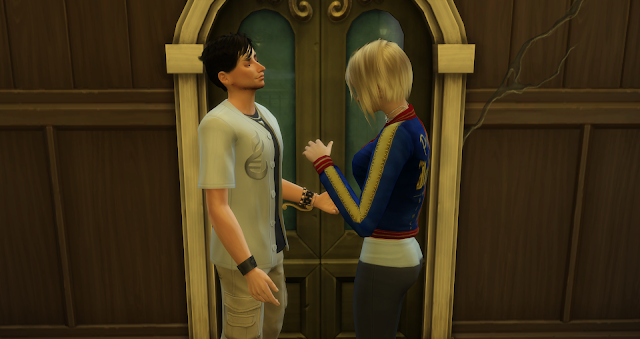 “Hi”
“Hi”
He could almost hear his sister sigh from the other side of the doors, so before she actually came out an intervened he invited her inside, and showed her his new favorite room upstairs. He was surprised that they had it, but when he had mentioned dancing to his father he suddenly mentioned they had a DJ table, with a dance floor of and everything.
“Oh wow, this is so cool! Your house really has everything!”
He just smiled, going behind the DJ table, starting up one of his favorite mixes.  After he was sure it would play right, he joined Sailor on the small dance-floor. It would seem he wasn’t alone in loving to dance, and if anything it just made her even more attractive.  It was hard not to notice that he was staring at her, and finally she just chuckled and shook her head somewhat
“You’re staring at me”
“…. Yeah, I am I think?” 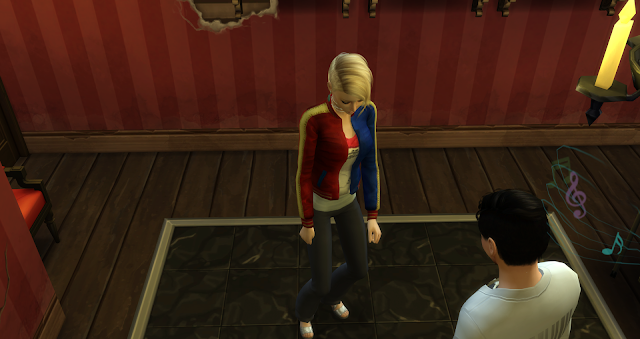 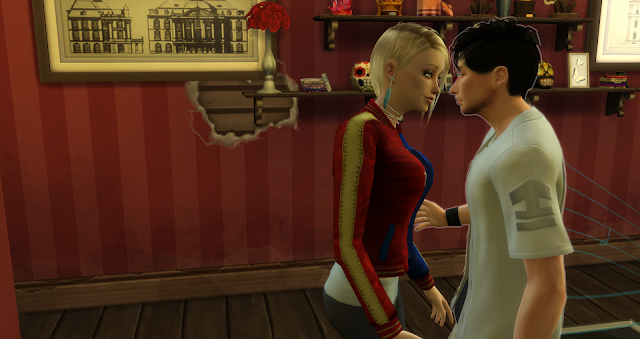 She moved a little closer to him, after all, she really did like him. She had liked him since they met that first day in school.

“You could do more?”
He couldn’t answer that, and if his parents would have seen and heard this, they would probably have a bit of a laugh as it seemed their son had inherited his father complete lack of ability to speak to a girl he loved. Luckily though, he didn’t have to talk, as he suddenly found himself on the receiving end of a kiss. 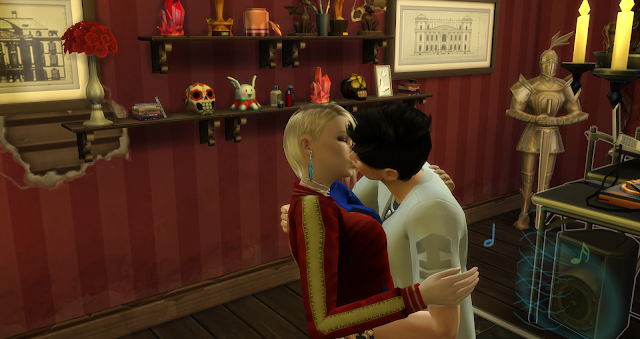 “If you were worried, I do love you”
He just smiled, completely unable to form any kind of sentence. But to make sure she understood how he felt, he pulled her close and kissed her.
Although she would never admit it, Lena had always been a little bit jealous off her brother, and his luck in finding his soulmate so easily. For her part she had a lot of friends, but she had never stumbled across the right one. The odd part was that she kept having the same dream whenever she was sleeping, or when she just closed her eyes it was more like a daydream. But she could never see his face, this boy that she saw herself kissing. 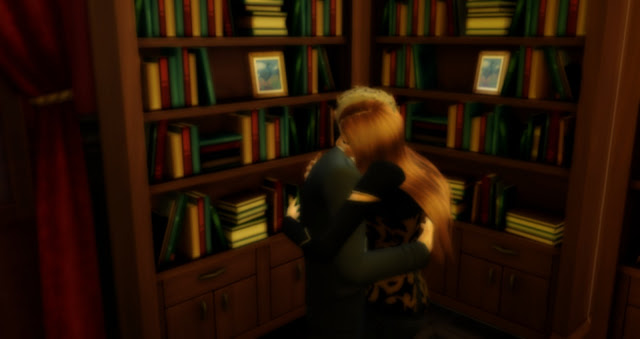 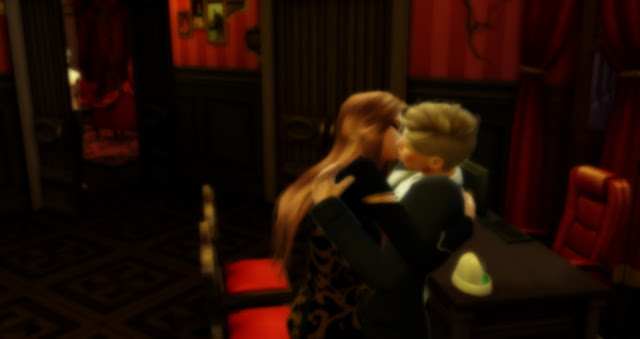 Shaking her head she met up with her mother, that had earlier told them that she was once again pregnant. It was one of the odd things with her parents being vampires, they barely looked older than their children now. 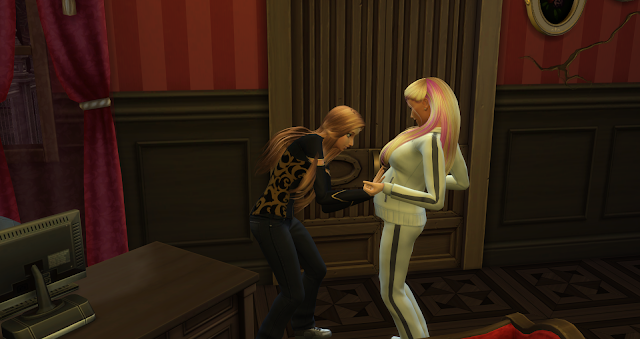 “So… will you ever stop having babies?”
Nagisa chuckled a little. She had after all warned Itsuki this might happen.
“This will be the last time, we agreed on that.”
She looked at her mother as she put her hands on her growing belly. It was always a strange sensation to feel the movement in there. She remembered how fascinated she had been with it when she was younger, and she had to admit, she was just as fascinated with it now as then.
“I’ll believe that when I see it”
Nagi and Itsuki had plans for how to not have any more children. Even though they both loved having them, they knew that soon enough, their children would probably have children of their own, and then they could just enjoy the grandparent part of life.
At the same time, Ignis finally found his voice. 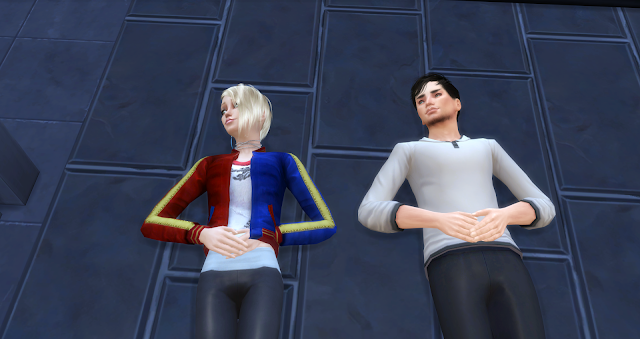 “Sailor, would you be my girlfriend?”

One Response to 1.11: Birthdays all around!